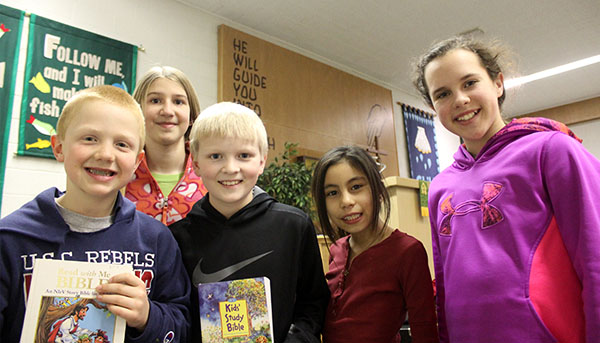 BRICELYN — An idea by the Sunday school staff at two southern Minnesota churches gave new life to their programs. 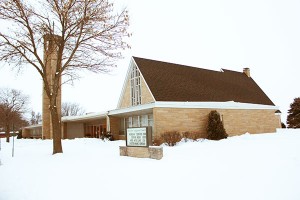 The day of the week is not the only change. The name changed, too. The Rev. Nancy Dreier, who serves both parishes, said the new name is Wednesday Night Live.

“It originated with our teachers, and they do all the planning for it,” Dreier said.

With dwindling attendance in Sunday school at both churches, the teachers proposed a new plan.

Gormley is an elementary school teacher for United South Central School District in Wells, and she said kids are excited to come.

“I’ve had some kids come up to me at school and say, ‘Mrs. Gormley, I can’t wait for Wednesday night.’” she said. “It’s really fun to see.”

Before Wednesday Night Live was created, Bricelyn Lutheran’s Sunday school had a regular attendance of about six to 12 students, instructor Kristin Bullerman said. North Blue Earth’s attendance was even thinner with about three attendees.

After the changes, attendance improved to about 35 children on a consistent basis, and it’s been an outreach tool, Bullerman said.

“The six to 12 kids who were attending before were mostly member’s kids, and now we’re getting kids from the community who aren’t members of the church,” she said.

The increased number of students allowed the six instructors, who take turns teaching, to divide the kids, ages preschool to third grade, into separate classes.

“We were doing a one-room schoolhouse with multi-aged kids grouped together, but now we’re able to break up into smaller groups and do more age-appropriate activities,” Gormley said.

Wednesday night is also when seventh- and eighth-grade students have confirmation class. Donations allowed the staff to provide food like pizza and snacks.

“We feed them supper, and it’s all free to the kids,” Gormley said. “We get donations from people who want to donate a pan of bars or cash donations that we can put toward it.”

During its five months of operation, interest in Wednesday Night Live hasn’t fallen off.

“We didn’t know if the novelty would wear off for the kids when winter set in,” Gormley said. “But Pastor Nancy has made the church more kid-friendly. It’s enticing to come.”

Moving Wednesday Night Live back to Sunday morning isn’t in the cards, at least for now, Bullerman said.