The electric car is coming, and Riverland is prepared 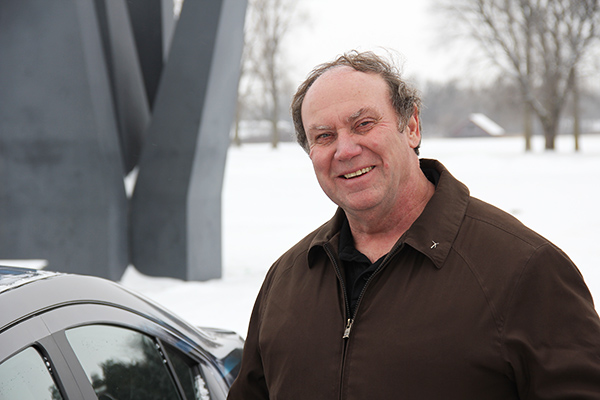 He can describe at length information about electricity, electric motors, wind turbines, solar panels and the car charger by the parking on the north side of the Riverland building in Albert Lea. His office looks like 1980, but check out what he said about the future:

• As electric cars become more common, their drivers will seek out places with chargers that are near useful amenities, such as restaurants, parks and shopping centers, so they have something to do while their cars charge. Cities and malls that understand this will prosper as the electric car becomes more common.

• Being at the intersection of two interstate highways, Albert Lea can attract electric car drivers. It is big enough to have activities and shopping choices and small enough to be easy to navigate.

“With these corridors, Albert Lea is really in a good position,” Vietor said. “Charge. Eat. Go.”

And take note of what he said about the present day:

• Electric cars have a display with maps that show the nearest charging station and the surrounding amenities.

• In the past year, sales of electric and electric-hybrid automobiles increased eight-fold.

They are coming. It’s just a matter of time.

On Sept. 9, at the Albert Lea City Council, Mayor Vern Rasmussen took his turn giving reports. He mentioned that at a recent Albert Lea Port Authority meeting he learned that Tesla Motors, an electric car company based in Palo Alto, Calif., was researching a location for a charging station in Albert Lea.

Tesla Motors, in late December and early January, installed four super chargers at the AmericInn on the north side of Albert Lea.

Tesla has a dealership in Eden Prairie, but Albert Lea-Freeborn County Chamber of Commerce Director Randy Kehr said the reason Tesla wants to place chargers in Albert Lea is so owners of its cars can travel coast-to-coast, much like the CEO did when he was a young man. On his trip, he took Interstate 90.

“One of the express purposes was to have a place where they could find food nearby,” he said.

The AmericInn is within walking distance of McDonald’s, Applebee’s, Arby’s, a Dairy Queen, two convenience stores, a Hy-Vee grocery store and Northbridge Mall.

“I think it’s exciting to have opportunities for green use in our community,” said Rasmussen. “It’s one more way to get our name out there to the public. Our city will be on the Tesla website.”

As far as compatibility, some electric cars are capable of fast charging and some are not. Moreover, some have different connectors altogether, kind of like cellphone plugs. The Tesla chargers are compatible with certain models of Tesla cars and free for their drivers to use.

The charger at Riverland is free to the public and is compatible with most other makes of electric cars. One other charger is at the new Kwik Trip station on North Bridge Avenue, fairly close to the Riverland location. Store Manager Bill Goebel said he has been learning about the charger after the station opened in November.

“Someone is going to pull into Albert Lea, want to be directed to the nearest restaurant near a charger,” he said. “If they find what they are looking for, they are going to want to come back.”

Electric car drivers tend to be economical and green-minded, Vietor said. They like to map out their route to save energy. Familiarity with a city helps in that endeavor.

Kehr and Rasmussen said they hope car chargers come to the I-35 exit, as well.

Riverland has two more solar grids on the south side of the building at the base of a wind turbine. They, too, feed to the building and, hence, the grid.

Vietor said there are three types of car chargers: Level I, Level II and Level III.

Level I is found mainly in garages. It offers anywhere from 110 to 170 volts and charges a typical car from five to nine hours, usually overnight. Utility companies someday will offer discounts for charging cars at night.

A Minneapolis Star-Tribune story describes Kwik Trip chargers as the Level I kind.

Level II offers 208 to 240 volts and can charge a typical car in two hours. Charging a car at Riverland is free — General Electric donated it, and students use it for getting an education — but ones at most places will have a data receptacle for credit and debit cards, Vietor said.

Level III is called a “quick charger” or a “super charger.” This is what Tesla plans to install at AmericInn. It varies but can reach up to 480 volts and charges a car in less than an hour. That’s handy, but used too frequently, it can shorten the life of the batteries, Vietor. Technology keeps changing, though, as batteries become better and some high-tech chargers can monitor battery temperature to ensure the transfer of electricity isn’t too speedy.

The Tesla Model S Performance with an 85 kilowatt-hour battery pack can travel 265 miles, the electric car with the greatest range on the market. It is all-electric, with no gas-powered motor. No hybrid stuff here. The charger is in the rear, and under the front hood is storage space — a front truck that Tesla calls a “frunk.”

Riverland owns a Chevrolet Volt, a hybrid-electric car. It travels 30 to 40 miles completely with electric power. After that, a gasoline-powered motor kicks in that runs the electric-based generators that propel the car. The gas motor even provides extra charge to the batteries.

Vietor said the electric-based mileage goes down slightly in the winter and summer because of the heater and air conditioner. What’s neat, though, is the Volt’s computer system will find the most cost-effective way to run the heating and cooling, he said.

And though an electric car is more expensive to purchase — the sticker price for a Chevy Volt is $34,185 — the savings come on the road. He said it costs him about $9 to drive his Chevy Suburban 18 miles to his Austin area home. It costs $2 in electricity with the Volt.

“Even if you don’t believe in global warming, nine times out of 10, you believe in conservation,” Vietor said. “The savings come in the day-to-day use.”

UPS, the package delivery company, knows this. It is rolling out a fleet of electric and hybrid trucks for short-range deliveries, natural gas and biodiesel trucks for medium range, and diesel semis still will handling the long hauls, Vietor said.

The Tesla Model S with a 60 kilowatt-hour battery pack costs $69,900. The Model S performance costs $95,400. Tesla Motors’ website has a place to click where it says, “Explore the true cost of ownership.”

“We also encourage you to think about Model S ownership in terms of true out-of-pocket cost. When considering the savings from using electricity instead of gasoline, depreciation benefits and other factors, buyers can save hundreds of dollars per month compared to owning a gasoline-powered car.”

Students at Riverland learning about the wind industry also study solar power. Vietor said it makes them more employable because the companies that run wind power also are in the solar industry.

“Google ‘EDF Renewable,’” Vietor said, doing just that on his computer. With his mouse, he hovered the cursor over the navigation bar at the top of the company’s website. “Wind energy. Solar energy.”

Minnesota has more solar power than a person might imagine. Vietor said it has the nearly the same solar resources as the deserts of California and Arizona.

Solar modules function better in the cold than in the heat, he said. Minnesota has that, and with the trees losing their leaves in the winter the sun has no problem reaching south-facing modules. What’s more, the days in Minnesota summers are longer than in southern locations, providing additional solar time. 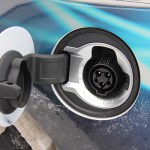 The plug for a Volt is under a cap near the front, not the rear. – Tim Engstrom/Albert Lea Tribune 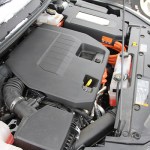 The engine of a Chevrolet Volt looks much different. – Tim Engstrom/Albert Lea Tribune 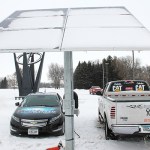 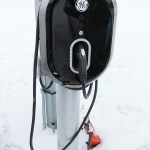 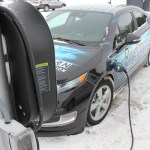 A Chevy Volt owned by Riverland plugs into a charger at the north parking lot on campus. – Tim Engstrom/Albert Lea Tribune 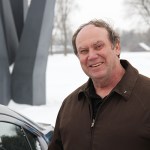