A memorial service for Thomas O’Byrne will be at 2 p.m. Saturday at St. Theodore Catholic Church in Albert Lea. The Rev. Timothy Reker and Deacon Mike Ellis will officiate. A visitation will be from 5 to 7 p.m. Thursday at the Bonnerup Funeral Chapel, Albert Lea location, and again one hour prior to the service at the church.

Thomas was born on March 30, 1948, to William and Ann (Harty) O’Byrne in Albert Lea.  Thomas graduated from Albert Lea High School and later graduated with a bachelor’s degree from Mankato State University. 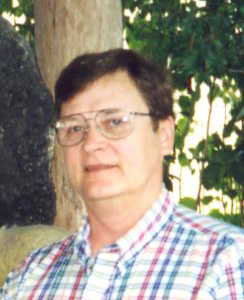 Tom was united in marriage to Janet (Jones) on Oct. 3, 1970. To this union, two children were born. Tom worked various jobs including: Streater, Lou-Rich, Farmstead Foods and Truth Hardware in Owatonna for the last 15 years. He was set to retire this week.

He was a member of the Elks and Eagles clubs in Albert Lea for a number of years. In his spare time, Tom enjoyed to read, stargaze and going on camping trips and motorcycle rides with his family (often stopping at every historical marker along the way). He was a hard-working man who loved his family. He was  always there to help whenever necessary. Overall, he was a good-hearted person.