The two of us don’t always see eye-to-eye. When we were both state representatives working on opposite sides of the aisle, we worked hard to find common ground. Now today, despite our political differences, there is one issue that we most definitely agree on — the need for high-quality broadband in every corner of our state. 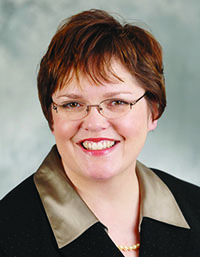 Minnesota has long taken pride in topping numerous “best of” lists. We consistently rank highly when it comes to education, health and business climate, our unemployment rate is among the lowest in the country and one recent study even found that Minnesota was the fourth-happiest state in the nation. Unfortunately, we aren’t topping any lists when it comes to broadband. Minnesota ranks only 23rd in the nation in broadband service, and without a serious state investment we will continue to fall further behind.

This is not just about bragging rights. Statewide access to reliable, fast broadband technology is absolutely vital to the future of our state. Data from ConnectMN found that approximately 71 percent of households in the state currently have access to wired broadband with download speeds of greater than 10 megabits per second, and only 46 percent of households in Greater Minnesota have that kind of coverage. However, if 95 percent of Minnesotans could access top-quality broadband, it would have a $1 billion positive impact on the state’s gross domestic product, according to data from the Strategic Networks Group.

Business, agriculture, education and health care increasingly rely on the Internet and that need is only getting more urgent. In order to compete not only with South Dakota but also South Korea, Minnesota needs to make broadband a top priority. That is why we urge the Legislature and Governor Dayton to take a bold step to bring all of Minnesota into the 21st century by committing to widespread broadband expansion.

The Governor’s Task Force on Broadband recently released its 2014 report, which included a number of recommendations for things the state should do to bring broadband to more residents and businesses throughout the state.

One recommendation was that the state should create and provide $100 million in funding for a Broadband Infrastructure Fund, which would award grants or loans to providers to install broadband in unserved or underserved parts of the state. This one-time appropriation would be a solid start in addressing what is estimated to be between a $900 million and $3.2 billion need in the state. We also believe the $100 million fund is the best way to leverage private investments and other public resources that are needed for more significant progress. 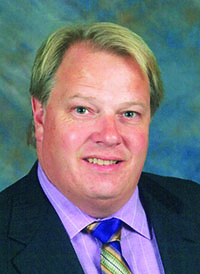 In addition, we urge lawmakers to follow the Task Force’s recommendation to create an Office of Broadband operating fund “to promote broadband use and adoption.”  The fund would enhance the office’s ability to address broadband concerns and implement programs that will help increase broadband access.

Bringing high-quality broadband to rural areas and other underserved communities will make the entire state stronger. We are at a crucial turning point — we urge Governor Dayton and the Legislature to commit to keeping Minnesota economically competitive by supporting broadband expansion. Without that commitment, our state will continue to fall further behind the rest of the nation and world. Now is the time to take action on this critical issue.