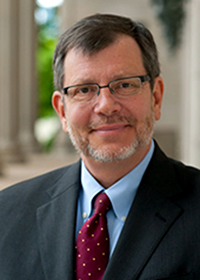 Kaler delivered his annual State of the University address Thursday, his third since taking on the school’s top job. He touted accomplishments from the past year, from breaking ground on a new health care clinic to piloting three-year degrees at the College of Design.
But Kaler also spoke about challenges facing the university: what he said was a “poor” record on enrolling diverse students, an uptick in robberies targeting Twin Cities students and a looming wave of faculty retirements.
“The state of the University of Minnesota is vibrant, filled with ideas and fueled by boundless human energy,” Kaler said during his speech at the Coffman Memorial Union Theater on the Minneapolis campus.
The university, with an annual budget of more than $3 billion, has about 63,000 students across its campuses.
In a question-and-answer session after his speech, Kaler addressed concerns about the university’s plan for restoring the national reputation of its medical school and the support it gives its transfer students. He also talked about expensive textbooks, exorbitant graduate student debt and the university’s efforts to become greener.
Kaler and the university are in a more comfortable spot than a year ago. When Kaler addressed the university community last year, the university faced pressure from state legislators and other critics to address growing overhead. Some lawmakers had said the scrutiny could threaten the school’s budget request after years of state aid cutbacks.
Since then, the state has approved an increase in funding — a move Kaler attributed to a new approach of tying the request to specific commitments, including a two-year undergraduate tuition freeze. Much of the scrutiny has subsided as the university pledged a $90 million cut to its administrative tab over six years.
In his address Thursday, Kaler touted a new office to foster partnerships with local business and an overhaul of the university’s longstanding relationship with Fairview Health, complete with millions more in support for the medical school. He also announced that he was extending by a year a $2 million annual investment in doctoral dissertation fellowships, one of his first budget decisions three years ago.
“Change may feel slow here, but we have picked up the pace,” Kaler said.
However, Kaler said the university must do more to ensure its students reflect the growing racial and cultural diversity of Minnesota. He cited his Emerging Scholars program, which offers mentoring and other support to first-generation and low-income students.
“Despite our work and our clear commitment, our record is poor on attracting and retaining students of color — particularly African-American men,” Kaler said. He noted that blacks make up less than 4 percent of the university’s student body in the Twin Cities.
Kaler also discussed a recent uptick in crime targeting university students. He noted the rash of robberies follows a major drop in campus crime in the past decade and that most incidents happened off campus. But they still are a serious concern, Kaler said.
The university recently announced a $4.1 million Safe U initiative to add lights, security cameras, police officers and student security monitors.