“Wait until next year” has been a common refrain at the State Capitol in recent years. It drove a lost decade of deferred maintenance and underinvestment. It spawned short-term budgeting that turned us into short-term thinkers. When it comes to rural broadband access, though, waiting only puts us further behind. 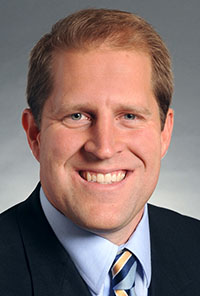 Our elected leaders in St. Paul and all Minnesotans concerned about vast disparities in rural broadband access should recognize the great opportunity before us now, this session: widespread agreement on a significant challenge facing Greater Minnesota, a proven solution with strong bipartisan support and a growing urgency to act — now. In fact, the time couldn’t be better for action:

First, the 2014 legislative session has been framed in terms of two overarching themes: infrastructure investment and bringing statute more in line with 21st century realities (the so-called “unsession”).  Focus on broadband checks both boxes — and delivers on an area of vital infrastructure that neither the bonding bill nor stalled transportation talks can.  Nothing is more 21st century than high-speed Internet access and its transformative potential for all aspects of our lives — including commerce, health, education, agriculture and social connectivity.

Second, Minnesota’s projected $1.2 billion budget surplus allows for an appropriately significant one-time investment in a matching grant program that could leverage considerably more in private, local and federal funds — and, according to experts, provide our state economy with a 10-to-1 return on investment. That’s right: a $100 million dollar fund with a $1 billion dollar impact. There’s likely no better investment for Minnesota and our future economic competitiveness and quality of life.

Third, Minnesota is engaged and ready for action. Dozens of rural communities are actively seeking broadband funding. They’ve been thinking about this issue for a long time. They’d jump at the chance to make the border-to-border broadband fund work for them.

Above all, my recent 16-city broadband listening tour told me: We need to leverage new sources of capital to connect much of rural Minnesota where traditional return on investment falls short; we need local solutions that address unique local challenges; and we need to quit talking about the problem and start doing something about it. I heard this time and time again, from communities in every corner of the state.

Rather than an overly-prescriptive one-size-fits-all approach, the bipartisan border-to-border broadband fund will empower local communities, cooperatives and private providers to offer their best ideas for leveraging, on a competitive basis, necessary outside capital.  The bill is clear on who’s eligible, what projects would be prioritized, and how funding is awarded.

The Office of Broadband Development and Department of Employment and Economic Development would be responsible for deploying funds. DEED has proven capable in administering similar competitive grant programs in the past — and they could apply the best lessons from states such as California, Illinois and New York that have similar funds up and running today.

To be sure, waiting a year doesn’t improve the fund — it merely exacerbates the problem and moves Minnesota further behind other states willing to act. Broad stretches of Greater Minnesota are struggling. We know there’s a problem with broadband access. We know how to fix it. Let’s deliver border-to-border broadband throughout the state — now.