Walz support of Obamacare is concerning

In Latin, the phrase “primum non nocere” translates into “first, do no harm.” The phrase is generally attributed to the physician Hippocrates of ancient Greece, who wrote numerous medical treatises in his day. 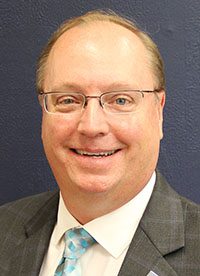 Sadly, when it comes to his unrelenting support for Obamacare, “first, do no harm” has been repeatedly ignored time after time by Democratic Congressman Tim Walz. That mistake will be a disaster for the city of Rochester and the Mayo Clinic.

Rochester is a vibrant growing city with a highly-skilled workforce, high-paying jobs, excellent home values and thriving hotels, restaurants and businesses.  Much of Rochester’s uniqueness and success are tied to the Mayo Clinic’s status as the world’s preeminent medical institution and the fact that patients (often accompanied by family members and friends) routinely travel long distances and stay days and weeks for hospitalization, treatment and recuperation.

Obamacare poses a direct threat to a prosperous Rochester and the well-being of patients. This is on top of the devastation to health care, economic development and
employment in southern Minnesota.

In addition to higher premiums, skyrocketing deductibles, loss of insurance coverage and the shift from private to government insurance that Obamacare is inflicting upon thousands of families in southern Minnesota, another huge untold story is the enormous adverse consequences Obamacare will have on the Mayo Clinic, the city of Rochester and surrounding communities.

As Obamacare is implemented millions of people will be moved from private insurance to government programs such as Medicaid and Medicare.  Others have lost and many more will lose their insurance plan (the one they liked and were told they could keep) and then be stuck with a higher-cost,  lower-care plan. These government programs routinely underfund hospitals and doctors, with reimbursement rates as low as 30 or 40 cents on the dollar.

The Obamacare writing is on the wall. The act’s substantial underfunding of medicine stands to drive excellent doctors out of practice, degrade the quality of medical care across-the-board and force rationing of medical services. Obamacare places too much power in the hands of federal bureaucrats, such as the Independent Payment Advisory Board, a 15-member panel with the power to limit Medicare reimbursement and dictate hospital and doctor behavior as well as patient outcomes.

Obamacare is top-down federal control of the medical care system that places big government in position to coerce the behavior of one-sixth of America’s economy and pick winners and losers in the medical industry.  The federal government should never be given the regulatory authority to dominate private industry or our way of life.

And Congressman Tim Walz? Walz voted to undermine you, his constituents. He voted for Obamacare and continues to support the act’s full implementation. Tim Walz is on the wrong side of history; he has placed Democratic Party politics and liberal ideology in front of the people he is sworn (and paid) to represent. We must take action to defend medical care before President Barack Obama and Congressman Walz do even more harm to Rochester and the Mayo Clinic.

The choice on Obamacare is clear. Congressman Walz is a fierce Democratic Party defender who supports the failed monstrosity of Obamacare; meanwhile, I will fight to repeal and replace the act with free-market reforms to foster medical excellence, drive down costs and sustain the quality of U.S. medical care as the world’s best.

Walz describes health care reform as “a journey, not a destination.”  Because of his continued defensive support for Obamacare, it is astonishingly conceivable that one day patients will forgo their medical journeys and Rochester will be diminished as a medical destination.

The people of Rochester and southern Minnesota deserve better.

Jim Hagedorn is a Republican candidate for Congress in Minnesota’s 1st District.