Nicole Hanna and Jake Stryeski announce their engagement. Nicole is the daughter of Dawn Hanna of Apache Junction, Ariz., and Scott and Jenni Hanna of Emmons. Jake is the son of Jackie Stanley of Apple Valley and the late Edward Stryeski, Jr. 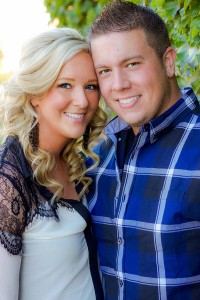 The bride is the granddaughter of Karen and the late Larry Carlsen of Clarks Grove and Roger and Dorie Hanna of Albert Lea.

The groom is the grandson of Beverly and Robert Stanley of Albert Lea and Jessie and Edward Stryeski of Connecticut.

The bride is a 2004 graduate of Wayzata High School in Plymouth, and a 2008 graduate of Minnesota State University, Mankato.

The groom is a 2005 graduate of Burnsville High School, and attended Dakota County Technical College in Rosemount.