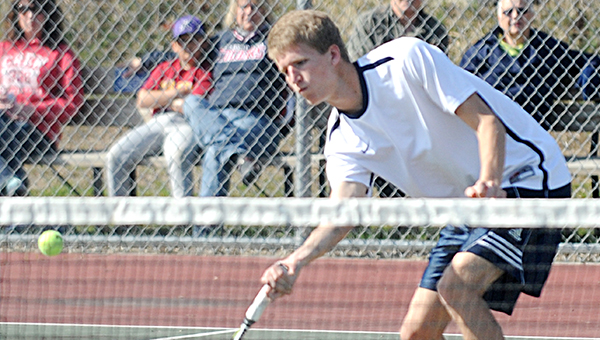 “The match was tied 3-3, and it came down to the third set of the No. 1 doubles match,” said Albert Lea coach Tom Dyrdal. “It could’ve gone either way, but the John Marshall team won a couple more of the big points to take the match.”

Dyrdal said Matz and Otten are 4-0 since teaming up.

The Tigers are accustomed to close matches this season.

“Even though we’ve been on the short end of three 4-3 losses, I’m pleased with the progress we’ve shown,” Dyrdal said. “The guys have played hard and displayed great attitudes on the court.”

Next, the Tigers will host Rochester Mayo at 4:30 p.m. Thursday.