Screening mammography is in the spotlight

Last month the British Medical Journal published a Canadian study that pushed the screening mammography debate back to the spotlight. 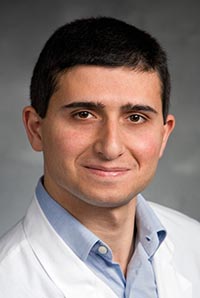 The Canadian study included 90,000 women aged 40 to 59. The women were divided into two groups and followed for 25 years. The first group received screening mammography with breast exam while the second group had only a breast exam. The conclusion was that mammogram screening does not reduce cancer death rates. The study also noted that one in five cancers found with mammography were unnecessarily treated.

This study along with others suggested a decreased role for mammography in saving lives and highlighting the drawbacks of this test, has caused a considerable debate. Before this publication there was a general agreement that screening mammography saves lives, but at the expense of over-diagnosis and false alarms. Advocates of screening think that the benefits outweigh the risks, while opponents disagree with this conclusion.

What is over-diagnosis and false alarms? Over-diagnosis is when a cancer is detected that would have never caused any harm to a woman’s health.

This is a relatively new concept that may be hard to understand, but it is a known fact that not all cancers are harmful and need treatment. A woman who has an over-diagnosis gets unnecessarily treated with surgery, radiation or chemotherapy.

The reason those women get treated is the inability to differentiate harmless from deadly cancers, so everyone with a cancer diagnoses gets treated. On the other hand, false alarms are abnormal mammograms where subsequent evaluation reveals no cancer. In the interim, many healthy women have the scare of their lives.

How often does screening mammography prevent a breast cancer death, and how often does it cause an over-diagnosis or false alarm? According to a study published in the Journal of the American Medical Association, among 1,000 U.S. women aged 50 years who are screened annually for 10 years, up to three will be saved from cancer death, up to 14 will receive unnecessary treatment for an over-diagnosis and up to 670 will have at least one false alarm in the 10 years of screening.

Similarly in the U.K., an analysis reported that for every one life saved from breast cancer, three will get treated for a cancer that would never have become life-threatening (i.e. over-diagnosis).

In the U.S., most medical societies have not changed their screening recommendations in response to these studies. This is unlike other areas, such as Europe and Canada where screening mammography recommendations significantly changed. However, there have been some suggestions on how to do screening. One of the suggestions is to counsel women about the risks and benefits of mammography and allow them to decide whether they want to enroll in screening.

In view of the new evidence, the American Cancer Society has asked an expert panel to review this study and all other studies on mammography to come up with revised guidelines for breast cancer screening. The revised guidelines are expected by the end of this year.

It is important to clarify that this discussion applies to the general population of low-risk women. A woman with risk factors for breast cancer, such as a previous breast cancer diagnosis or a family history of breast cancer, would need an individualized follow up plan based on her level of risk.

Secondly, this article discusses screening as opposed to diagnostic mammography. Screening is when the test is done on healthy women, while diagnostic is done on women with abnormal breast findings, such as a breast lump.

In conclusion, screening mammography is under review to determine its role in the prevention of breast cancer death. Women are encouraged to inquire about this test and any new recommendations.

Fadi Yahya, M.D., is a women’s health care specialist. He practices on the Albert Lea campus of Mayo Clinic Health System of Albert Lea and Austin. To schedule an appointment with Dr. Yahya please call 507-379-2131 or go to mayoclinichealthsystem.org.