NORTHWOOD — A 21-year-old rural Lake Mills man pleaded not guilty in Worth County District Court last week to a charge of attempted murder. 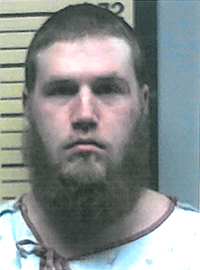 Matthew Thomas James Davis, 21, is accused of shooting at officers on Jan. 30 at 4573 Apple Ave., a rural Lake Mills residence just barely on the Worth County side of the line with Winnebago County.

Worth County Sheriff’s Office deputies responded to the house after receiving a 911 call that Davis was suicidal and had cut himself.

As they approached the house, Davis reportedly shot at them. The deputies returned fire and took cover, calling for backup, leading to a standoff that lasted 4 1/2 hours. A SWAT team and law enforcement from the Iowa State Patrol, Lake Mills Police Department also responded.

The standoff ended with Davis walking out of the home voluntarily. He was taken into custody and flown to Mercy Medical Center in Mason City for self-inflicted wounds.

He was later released from the hospital and taken to the Worth County Jail in Northwood.

His jury trial is slated to begin June 11 in Northwood. Davis faces 25 years in prison if convicted of the charge.