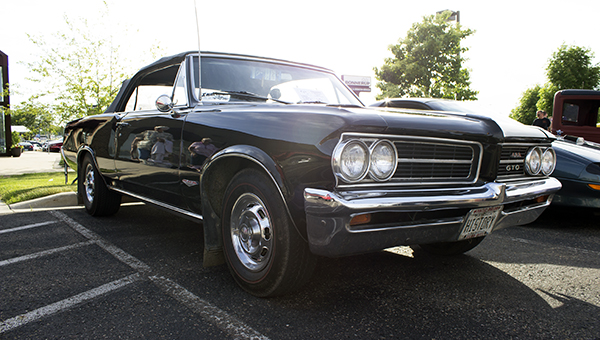 For at least the past decade, car enthusiasts from all over the area have flocked to the Cruise-in Social for Eddie Cochran Weekend.

Rows upon rows of sparkling vintage cars filled the parking lot of the Country Inn & Suites as spectators wandered through, leisurely looking at the selection of cars that ranged from 1930s street cars to 1970s hot rods and more.

Doug and Julie Bronson have been bringing cars to the social for as long as it’s been happening. They have 11 vintage cars with collector plates that range from 1955 to 1969 cars. Most of the cars in their collection were made in the 1960s, however.

This year, the Bronsons only have one car with them: a 1964 Pontiac GTO Convertible. Doug Bronson said he got it 38 years ago for only $350.

Since vintage cars were cheaper back then, that’s how he got started collecting. The most recent car he fixed up was much more expensive, he said.

For Bronson, the Cruise-in Social is the “best part of the weekend.”

There was a lot of positivity coming from the event, not just from the car owners but also the spectators. One of those spectators was Richie Lee, the Saturday night’s entertainment.

Lee, of Richie Lee and the Fabulous 50s, has been to Albert Lea before, but not for a while. This is his first time coming to Eddie Cochran Weekend, however.

As Eddie Cochran is one of his influences, Lee said that he was excited to be here and that he thought it was going to be a great weekend.

He had a chance to look at all the cars and enjoyed what he saw. Lee said he liked all kinds of cars, but classic cars just look “sharp.”

Monson, Eddie Cochran Weekend planning chair, said that many of the cars that show up at the social aren’t the cars that are in the show. Some of the car owners like to show their cars, but not for competition, he said.

In past years, nearly 150 cars showed up for the social, and Monson suspected that they had just about reached that mark this year as well. However, many spectators milling around the parking lot said that this was the most cars they’d ever seen at the social.

Monson attributed this year’s popularity to the move downtown. Downtown has a different atmosphere, he said, and said that parking in the streets reminded a lot of the car owners of their youth.

Even though the car show was Saturday, three awards were also given out at the social: the People’s Choice Award, the Long Distance Award and the Oldies but Goodies Award. 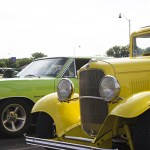 Eras collide but colors compliment as two bright cars sit in a sea of black and gray hot rods. The car on the left, a 1970 Plymouth Sport Satellite owned by Marlin Anderson, sits next to a 1932 Ford Sedan owned by Wendell Nesse. — Hannah Dillon/Albert Lea Tribune 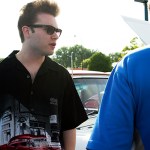 Richie Lee of Richie Lee and the Fabulous 50s talks to some spectators at the Cruise-in Social for Eddie Cochran Weekend. — Hannah Dillon/Albert Lea Tribune 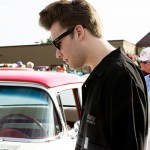 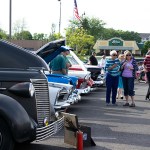 Spectators meander the parking lot of the Country Inn & Suites Friday, looking at the array of classic cars that came out for the Cruise-in Social for Eddie Cochran Weekend. — Hannah Dillon/Albert Lea Tribune