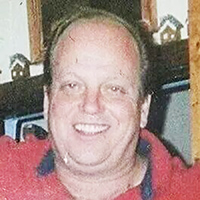 Ron was born Aug. 10, 1959, in Albert Lea to Curtis and Maxine Reyerson. Ron grew up in the Northwood and Albert Lea areas.

Ron spent many years on his pop’s farm doing mechanic and body work and driving trucks. Ron had many talents and could fix anything. He was a great artist and carpenter. His greatest talent was his ability to tell jokes and stories and make people laugh. Even in his last days he was still making people laugh, including his caretakers, who soon found out he was a jokester.

Ron had many hobbies. His favorite was spending time with his kids and grandkids. They were the joy of his life. He spent countless hours picnicking, biking, fishing, playing at parks and having sleepovers with all five of them.

Ron had a heart of gold. He always worried about others and was happy to help anyone out.

He is survived by his children: his son, Joshua (Samantha) Reyerson, of Glenville, and his daughter, Jennifer Reyerson, of Albert Lea; his grandkids Caden, Brayden, Haylee, Camden and Gavin; his significant other, Denise Jacobson, of Albert Lea and her children Ellen (Jared) Hernandez and Sandy (Zack) Alexander; her grandchildren Kein, Damon, Grayson and Lola, all of Jackson, Tenn; his brothers Bob Diaz of Albert Lea, Dan (Jodi) Reyerson of Waterloo, Iowa, Don (Sue) Reyerson of Oelwein, Iowa, and Chris (Marie) Reyerson of Grand Rapids; his sisters Lucy (Jeff) Paulson of Albert Lea and Angie (Kris) Omicioli of Warwick, R.I., and many nieces and nephews.

Ron was preceded in death by his parents; sisters Vickie, Becky and Mary; along with many aunts and uncles.

Ron was the greatest father, grandpa, brother and friend. He will be greatly missed by all.