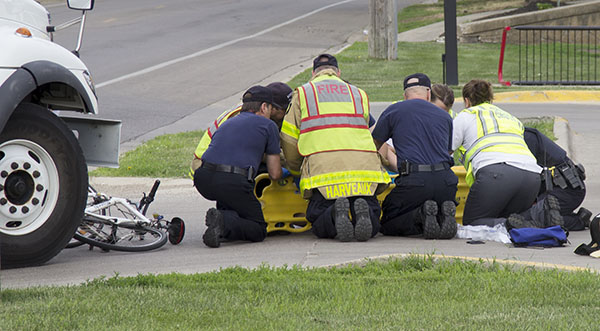 A woman on a bicycle sustained a head injury Tuesday morning when she collided with a utilities truck.

Sandra Nash, 55, of Albert Lea was westbound on Front Street on her white Bianchi bicycle when was passed by an International truck belonging to Alliant Energy. The truck was driven by Ronald Boyer, 60, of Albert Lea. Both vehicles were in their proper lanes, according to the Albert Lea Police Department.

The truck stopped at the First Avenue stop sign, then proceeded. Nash rolled through the stop sign, the report states, and struck the truck as it turned into Kwik Trip. The report didn’t indicate whether Nash wore a helmet.