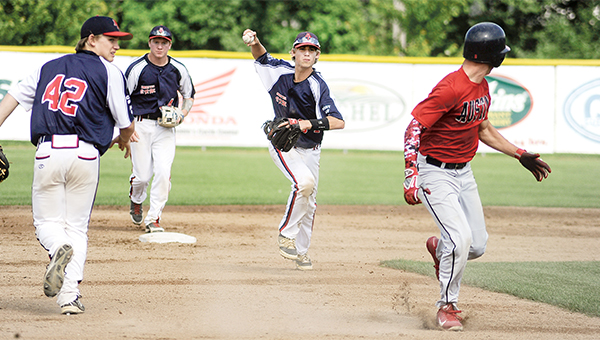 Albert Lea VFW shortstop Jake Thompson is on one end of a rundown while Austin’s Daniel Bollingberg runs toward third base Wednesday afternoon in Austin. Austin clinched the No. 1 seed with a 9-1 win. Albert Lea coach Ed Bellrichard said the top four teams in the league get home field advantage in the subdistrict playoffs. As of Monday’s standings, Albert Lea was No. 4. — Eric Johnson/Albert Lea Tribune 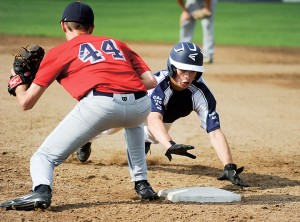 Albert Lea’s Jake Kilby dives back into first base on a pick-off attempt before Austin’ Alex Ciola can get the tag down during VFW baseball action Wednesday afternoon in Austin. — Eric Johnson/Albert Lea Tribune