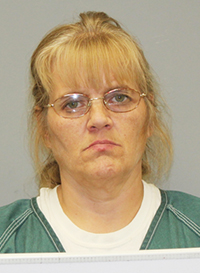 Lisa Marie Frank initially faced one count of second-degree drug sales tied to two reported sales, but she pleaded guilty to one count of third-degree sales.

Assistant Freeborn County Attorney David Walker said the second-degree charge was initially based on field testing of the drug sold, but when the weight was tested at the Bureau of Criminal Apprehension, it came in lower than initially anticipated.

The court complaint stated Frank sold the drug at the Front Street Kwik Trip on Nov. 15 and at the Dash-in Grocery Store on Nov. 18.

Walker said Frank will likely be sentenced to probation.

Had she been convicted of the second-degree sale, she would have received presumptive prison time.

The sales were organized under the South Central Drug Task Force investigation team.