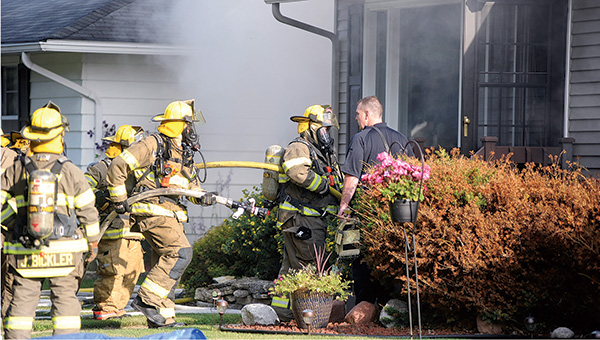 AUSTIN — Austin Mayor Tom Stiehm and his wife, Sarah, are safe after a fire started at their home on the 500 block of 15th Avenue Southwest shortly before 7 a.m. Friday morning.

However, the couple’s 8-year-old black lab, Annie, died in the fire, according to Tom.

The mayor said he heard a noise just before he woke up, but he figured it was children playing outside. He could smell the fire soon after, however.

“As soon as I got up and walked out of the bedroom, I was overwhelmed,” he said. “You could just tell.”

Tom and his wife safely left the home, but the mayor tried soon after to get his dogs out of the house. He said Harper, his other black lab, and another dog staying at the house came outside, but Annie didn’t.

Officials believe the fire started in the basement. Firefighters got the flames under control by 8:15 a.m. and were still on scene as of 9 a.m. this morning. The cause of the fire, as well as the total damages, are unknown at this point, but the house sustained extensive smoke damage.