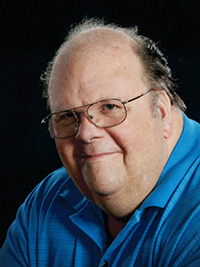 LaRuen was born April 18, 1945, in Albert Lea, the son of Lee and Alice (Olson) Johnson. He attended school in Hartland and then at Freeborn graduating in 1963. He lived near Ellendale following high school. He was united in marriage to Betty Dobberstein on Oct. 9, 1970, in New Richland. The couple lived in Owatonna where LaRuen worked for Harland Tires. Betty died Jan. 11, 1993.

LaRuen owned and operated Service Master Commercial Cleaning in Owatonna. He was married to Lois Gossman on Nov. 23, 1996, at St. John Lutheran Church in Owatonna. He sold his business in May 2011.

Larry enjoyed deer hunting. He was a collector of Budweiser steins and spent time playing cards such as hand and foot and cribbage. Family and friends were important to him, and he enjoyed that time with them. LaRuen was a loving, caring and kind man who will be missed.

He is survived by his wife, Lois Johnson, of Owatonna; a son, Shawn (and fiancé, Jessica Jones) Johnson, of Rochester; a daughter, Sara (and Michael) Lindstrom, of Blaine; three stepchildren, Richard (and Lorie) Gossman of Rochester Paul (and Taunia) Gossman of Kuna, Idaho, and Robert Gossman (and Cassie Henson) of Eugene, Ore.; a sister, Connie Johnson, of New Richland; his mother, Alice Simonson, of Albert Lea; his father, Lee Johnson, of Ellendale; 12 grandchildren; four great-grandchildren; and many nephews and nieces.

Visitation will be from 4 to 7 p.m. Friday at Michaelson Funeral Home in Owatonna and one hour prior to the service in the church. Funeral services will be at 11 a.m. Saturday at St. John Lutheran Church with the Rev. Dave Klawiter officiating. Interment will be in St. John Cemetery in Owatonna.