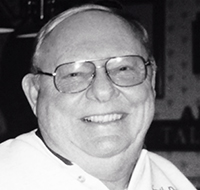 Roger was born on April 29, 1929, to Russell and Minnie (Jorgenson) Hoyne in Albert Lea. On July 10, 1948, he married Donna Lukes at the First Presbyterian Church in Albert Lea. After they married they moved to Rochester, where Roger was employed at IBM. In 1965 Roger and Donna moved the family to Cary, N.C. In 1967 he took his family to Ladysmith where he purchased the Evergreen Motel; he later sold it to retire.

He is preceded in death by a grandson, Sanford Hoyne, and his parents.

A private family service will be held at a later date.

Arrangements have been entrusted to the Cremation Society of Wisconsin. Online condolences may be shared at www.cremationsociety-wi.com.