My Point of View by Joseph E.  Brown Sr.

Infrastructure. When I cast my votes for governor, congressman, senator and state legislator this year I am going to focus on one issue:  infrastructure.

On a weekly basis, I commute 87 miles to my job as superintendent of Fairmont Area Schools from my rural home in northeast Freeborn County.  I appreciate the leadership of President Dwight D. Eisenhower and the Congress of the 1950s that invested billions of dollars in the building of the Interstate Highway System. This national project was created by the Greatest Generation, which served during World War II. I wonder if the current Congress and members of society would ever support such a grandiose project today. 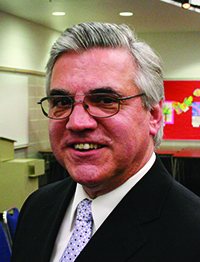 As a school superintendent, one of my biggest fears is that someday we may have a critical bus accident due to a rural bridge that collapses because of our inability to maintain infrastructure. Our nation’s infrastructure has served us well over the past 60 years, but it is time that we invest additional revenue in the maintenance of our roads, bridges, sewer and water systems.

My greatest disappointment in the Minnesota Legislature and U.S. Congress was their failure to increase funding for our roads and bridges. I personally just paid $1,600 to purchase new tires, struts and tie rods for my 2008 Saturn Aura that has 226,000 miles. In the past few years I have purchased new shocks and one new rim for a tire that was destroyed by a deep pothole. The point is many of us are paying extensively for the inattention of our elected officials to maintain roads and bridges.

This week I am beginning my 20th year serving as a school administrator. There are multiple school districts in southern Minnesota that have passed or are considering passing $40 million bonding projects to build new high schools. I have frequently asked people the following rhetorical question:  “What would you think about building a new $40 million school that is used only 14 percent of the year?”

Most people respond, “This is ridiculous.”

Yet I remind them that this is our current policy. Students are in school seven hours per day for 174 days. This represents 14 percent of the year.

Our farms are getting larger and our farm families are getting smaller. We are no longer an agrarian society where students need to be kept out of school to work on their family farm three months of the year.   Instead of tweaking the school calendar of 174 days, I propose expanding the school year to 230 days per year. This is also an investment in infrastructure known as human capital.

The policy question is how do you pay for a 32 percent increase in the school year? I propose cutting the general welfare budget by 20 percent each year for the next five years and investing these dollars into preschool, K-12 school and college tuition. There would still be millions available to care for the severely physically and mentally disabled citizens. These citizens deserve our financial support.

This would require the systematic implementation of increased school days and decreased general welfare budgets applied over the next five years. Minnesota could be the first state in the nation to establish powerful policies that reflect current research that supports funding preschool to college as a way to develop strong, self-sufficient, community-minded citizens.

Minnesota is a great state to obtain a quality education and to earn a living. We need to invest in our transportation and education infrastructure. These investments will increase our quality of life and make Minnesota a more competitive state.