A new jewel of a school in Wells 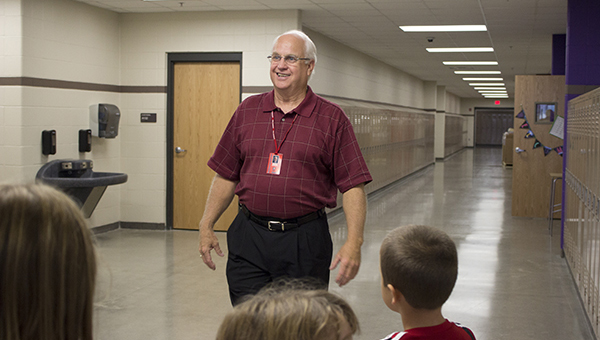 Alumni get a peek at nearly completed USC building

WELLS — Students at United South Central School will get to see their new digs this September with the beginning of the 2014-15 school year. 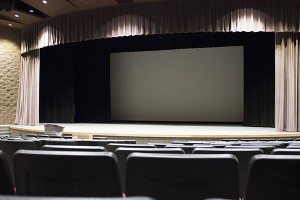 The new auditorium at the United South Central school can seat a maximum of 602 people on both ground and balcony seating. – Hannah Dillon/Albert Lea Tribune

During a USC/Wells-Easton school reunion in Wells, however, previous graduates of the school got a chance to tour the new building as well as see what had changed in the old school building.

Construction on the building began last May, but bad weather seemed to threaten progress. USC Superintendent Jerry Jensen said that construction is still slated to be completed by the target date of Sept. 2, which is also the first day of school for USC students.

Beyond the glass doors of the new school, a large commons area is flanked on the right by 45 classrooms and on the left by gyms, shops, music rooms and the auditorium.

Jensen said the students will eat in the common area, and concessions will also be sold there during sporting events. The classrooms are for students in kindergarten through grade 12.

The early education hall has bright colors painted by each group of classroom doors to help students find their classes easier, Jensen said. The interiors of the classrooms were also colorful, both with decorations and wall paint. 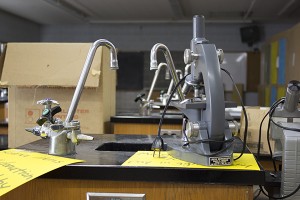 There is also a large auditorium that seats a maximum capacity of 602, with floor and balcony seating. The alumni on the tour immediately commented on how much bigger it was than the old school’s auditorium.

In addition to the other new things at the school, there is a weight room that Jensen said will have public access, and a computer-aided design lab for students.

The school sits on a 66-acre site surrounded by tennis courts, a track, a football stadium, baseball and softball fields and a playground. 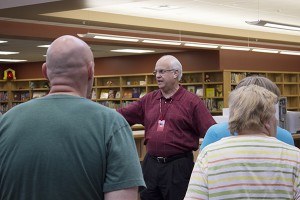 There will also be a bus garage on site, which wasn’t the case with the old school. However, since the new school building is somewhat farther from downtown Wells, it was included on-site in case of an emergency.

As for what will happen to the old school building, Lynne Hansen, retired special education teacher at USC, said that they school is trying to sell the old building.