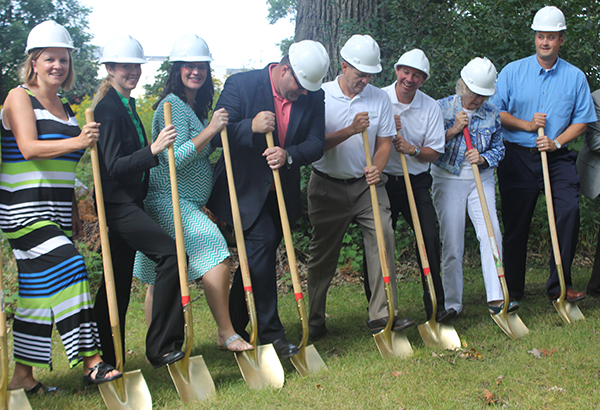 Advanced Family Dental staff, along with city and state representatives, break ground Friday for a new dentist’s office on the north side of Albert Lea. — Sarah Stultz/Albert Lea Tribune

City leaders and others in the community celebrated the groundbreaking Friday of a new dental office in northern Albert Lea.

Construction for Advanced Family Dental will begin this week and is slated to be completed by the end of January 2015.

“Today’s the first step of fulfilling one of my dreams,” said dentist Rachel Nolander-Poppel in a ceremony at the site.

Nolander-Poppel said she was born and raised in Albert Lea and graduated from Albert Lea High School.

After attending college in the Twin Cities to become a dentist, she and her husband, Kevin Poppel, decided to move back to Albert Lea three years ago to purchase another dentist’s office in town off of Front Street.

“We jumped at the chance, and we haven’t regretted it for a second,” she said.

Since starting their business three years ago, Advanced Family Dental has grown from having 1,200 patients to having 2,800, said Poppel, the general manager. A business review conducted in 2013 concluded they were running out of space, so they decided to move ahead with the new building.

Poppel said 98 percent of the contractors working on the building will be from the community. The contractor, Karkela Construction, is from within Minnesota.

He said it will have state-of-the-art technology and will bring an additional 10 to 12 jobs, boosting their number of jobs to about 16. They have already hired an associate dentist and will add two hygienists, three dental assistants and three administrative positions.

They look to utilize their existing dental space to bring dental specialists such as oral surgeons to Albert Lea to improve convenience for the community.

He thanked the city leaders for approving a new tax abatement policy for dentists and other medical professionals.

“This is quite a vision you’ve taken on,” said Albert Lea Mayor Vern Rasmussen.

The new office will have roughly 5,300 square feet and will include nine rooms where patients can be seen.

State Sen. Dan Sparks said so often Albert Lea and other rural communities hear about talented area students leaving the city to go to the Twin Cities for school and never returning. He was pleased to see that Nolander-Poppel decided to come back.

“This is an exciting day for Albert Lea and all of Freeborn County,” said state Sen. Dan Sparks. 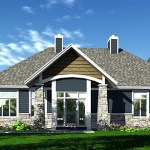 A rendering of the new Advanced Family Dental that is slated to be completed by Jan. 31, 2015. — Provided 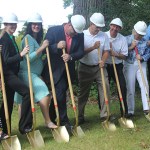 Advanced Family Dental staff, along with city and state representatives, break ground Friday for a new dentist’s office on the north side of Albert Lea. — Sarah Stultz/Albert Lea Tribune 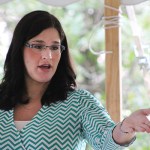 Dentist Rachel Nolander-Poppel spotlights her staff Friday at the groundbreaking for the new Advanced Family Dental office in northern Albert Lea. The building is slated to be completed by Jan. 31, 2015. — Sarah Stultz/Albert Lea Tribune 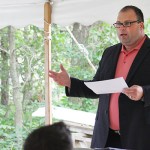 Kevin Poppel speaks Friday of the economic impact the new Advanced Family Dental office will have in the area. — Sarah Stultz/Albert Lea Tribune