Funeral services for Anthony M. Samudio Sr. will be at 2 p.m. Saturday at Our Saviors Lutheran Church. The Rev. Wayne Halvorson will officiate. Visitation will be from 4 to 7 p.m. today at Bonnerup Funeral Chapel, and again one hour prior to the service at the church. Interment will take place at Hillcrest Cemetery. Online condolences can be made at www.bonnerupfuneralservice.com. 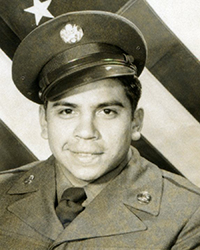 After school Tony enlisted in the Army from 1951 to 1953, receiving his honorable discharge as a weapon vehicle mechanic at Fort Hood, Texas. On one of his leaves from the military, Tony proposed to and married his lifetime love, Garnette Arnhold, on June 22, 1952, at St. John’s Lutheran Church in Owatonna. They were members there for two years before moving to their home in Albert Lea for more than 50 years.

The couple became very active members of Our Saviors Lutheran Church where they raised their five children, 10 grandchildren and six great-grandchildren.

Tony was a dedicated man working and retiring at Queens Products. He was an employee for 36 years until they closed. He was active in school, church and community activities. He was a Cubmaster for Pack 3 and an active member of the American Legion and Eagles Club. Tony and Garnette loved visiting, camping and picnicking with family and friends. After Garnette passed away in 2008, he stayed in his home in the community, where he had a strong bond with many people, especially enjoying Charles Street reunions and neighborhood gatherings. 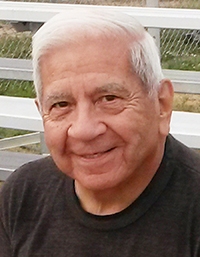 He was a loving father, grandfather and great-grandfather to not only his own, but to many people throughout his life. He will be greatly missed.