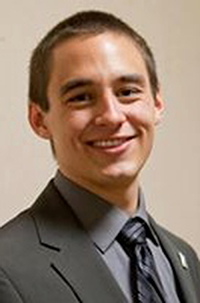 He was preceded in death by his father, Theodore William Gebhardt.

Brock graduated with a bachelor’s degree from the University of Illinois at Champaign in 2013, double majoring in economics and political science. He was elected and served as student body president his senior year. He was a founding member of the U of I Chapter of Phi Sigma Kappa. He was also a member of the Association of Big Ten Students and the U of I Urbana-Champaign Illinois Board of Higher Education.

A precursor to his stint in politics, he enjoyed serving on the student senate at Dunlap High School in Dunlap and recognized early the importance in servant leadership. Other talents included playing multiple instruments in the school band.

An aviation enthusiast, he enjoyed flying a four-passenger aircraft, receiving his pilot’s license at 17. Conservative politics was another passion, having served in the Republican House and Illinois General Assembly in Springfield, Ill. Working hard on several Illinois campaigns, he was a key member for the election of Ryan Spain to the Peoria City Council. Most recently, he served as store manager for Central Pool Supply in Peoria and a marketing consultant for Vein Experts.org.

Brock leaves his earthly life in the spirit of giving as an organ donor for the Gift of Hope. The family extends gratitude to the staff and care team at OSF Saint Francis Medical Center.

A memorial mass was Saturday at his home place of worship, St. Jude Catholic Church in Dunlap. The Rev. Patrick Henehan, of St. Jude Catholic Church, officiated. The Rev. Joel Dryden, of Richwoods Christian Church, shard some words of comfort. Visitation was Saturday prior to the service. Cremation rites have been accorded. Wright & Salmon Mortuary is handling the arrangements.

Memorials may be made to www.lifespathhaiti.org or the Special Olympics.

Tributes and condolences may be submitted to www.wrightandsalmon.com.