Cliff Meyer has had 69 years of love and happiness. He was born March 26, 1945, the son of Herman and Lena (Marte) Meyer. Cliff graduated from Wells-Easton High School in 1963, and then enlisted in the United States Army, where he honorably served our country for two years. He was a member of St. Casimir Catholic Church in Wells, the American Legion and the Wells Color Guard. 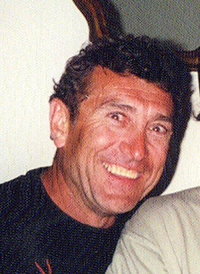 He married Linda Lindholm and to this union they were blessed with two children, Scott and Jodi. The couple later divorced. On Sept. 2, 1972, Cliff was united in marriage to Julie Lundquist in Muntain Iron. They were blessed with three children, Becky, Clint and Clayton. Cliff enjoyed spending time with his family, Sunday night patio potlucks, riding his Harley, shooting pool, playing ping-pong, playing cards and his favorite pastime — enjoying every moment with his grandchildren.

Cliff was a hard-working man — a trait he passed on to his children. He has had many friends throughout his life. His knowledge and love of ’50s and ’60s music, big smile, loyalty, honesty, huge heart and sense of humor is evident to all who have known him. And now, he lives on in the lives that he has touched.

Clifford is survived by his wife of almost 42 years, Julie, of Wells; children and grandchildren Scott (Malinda) Meyer and children Derek and RaeAnn of Mankato, Jodi Rathai and children McKayla and Taylor of Kiester, Becky (Loren) Prange of Wells, Clint Meyer and daughter, Kendra, of Albany, Clayton Meyer (significant other, Sheila Niebuhr) and daughters Morgan and Madelyn, and Sydney, Olivia and Hayden Niebuhr, all of Minnesota Lake; two sisters, Kathryn “Tudy” Spencer of Wells and Lois Grunzke of Minnesota Lake; a special niece, Deb Mikolai, of Wells; in-laws Dick (Betty) Lundquist of Duluth; brother and sister-in-law Dave (Jean) Lundquist of Sherburn and Diane (Jim) Clifford of Stanchfield; along with several nieces and nephews and their families.

He is preceded in death by his parents; brother, Mike; and other family members.

Cliff passed away peacefully Friday, Aug. 22, 2014, at his home surrounded by his family. A memorial mass will be at 11 a.m. Tuesday at St. Casimir Catholic Church in Wells. Visitation will be from 4 to 7 p.m. today at Bruss-Heitner Funeral Home in Wells.  Visitation will continue one hour prior to the service at the church Tuesday, with the Rev. Thomas Niehaus officiating. Please see www.brussheitner.com to leave online condolences. Bruss-Heitner Funeral Home of Wells is in charge of arrangements.