First, they — yes, parents — are the No. 1 cellphone distraction for teen drivers. Second, most parents make lousy role models when it comes to ignoring distractions while driving. 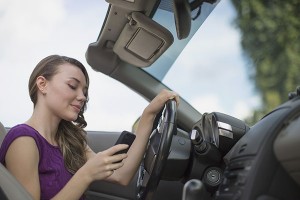 The first finding is the most important and easiest to fix. Moms and dads, don’t call your kids when you know they are driving.

Unfortunately, a study presented last week to the American Psychological Association showed parents aren’t doing that. When 400 drivers ages 15-18 were asked who calls them the most when driving, 53 percent said their parents. That compares with 46 percent who reported talking to friends.

Again, moms and dads, don’t call (or text!) your kids when they are behind the wheel. If you do call and your teen says they are driving, hang up! Why? Safety first, followed by adhering to the law!

As a report last year by the National Highway Transportation Safety Administration showed, distracted driving is a leading cause of crashes among drivers of all ages. For teens specifically, 21 percent of fatal crashes involved cellphones.

It’s also important to remember in Minnesota it is illegal for drivers younger than 18 to answer a cellphone while driving or in traffic.

Of course, the main reasons this research found teens take calls while driving is their parents.

Also, these teens, who came from 31 states, reiterated findings from previous research that showed parents are terrible role models.

No wonder this latest study included comments from teen respondents along the lines of “everybody is doing it,” including mom and dad making and taking calls and texts.

For the sake of their children’s safety, parents need to do a better job on two fronts. First, don’t call your kids if you know they are driving. Second, don’t use your phone while driving. Failing on both fronts might just kill you and your kids.