Community to be notified about level 3 offenders

The Albert Lea Police Department will have a community notification meeting Wednesday about two high-risk predatory offenders in Albert Lea.

The meeting will be at 6 p.m. at Mayo Clinic Health System at Health Reach.

The first offender, Joseph Harry Jensen, 58, has been living in Albert Lea since he was released from prison in March. He is slated to move from his present location on the 2100 block of East Main Street to the vicinity of East Clark Street and North Broadway. 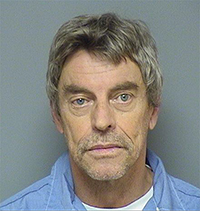 An Albert Lea Police Department news release states there was not a community meeting at the time of his release earlier this year because of where he was moving. Police decided to include this move into the notification meeting because he will be living close to places where youth frequent.

He is expected to move Sept. 1.

Jensen, who is 5 feet 7 inches tall and 150 pounds, has a history of sexual contact with female victims ages 14 and 15. Contact included penetration, and he knew his victims, according to a notification fact sheet.

The second offender, Cody Padraic Trott, 24, is slated to be released from prison Aug. 26 to move to the vicinity of Margaretha Avenue and East 11th Street.

Trott, who is 5 feet 8 inches tall and 165 pounds, lived in Albert Lea prior to going back to prison on a violation of his release conditions.

A notification fact sheet states he has a juvenile history of sexual conduct and contact with both girls and boys ages 12 to 16. His conduct included engaging in sexually explicit conversations and indecent exposure, and his contact included penetrations.

The fact sheet further states some of his victims were vulnerable due to developmental disability. He used physical force in some instances to gain compliance, and he was known to his victims. 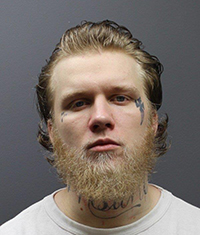 Jensen and Trott are classified as Level 3 offenders because they have the highest likelihood of reoffending.

There are three other Level 3 offenders living in Albert Lea.

The first is Tai Lars Stadheim, who has been living in Albert Lea since he was released from prison in April 2010. He has a history of sexual contact with juvenile female victims, including fondling. He was known to his victims, and is listed as living on the 2100 block of East Main Street.

The second is Lorenzo Martin Torres, who was recently arrested on a violation of his parole.

The third, Jabar Morarend, lives on the 1600 block of Frank Hall Drive.

There is one other Level 3 offender outside of Albert Lea in Freeborn County.