Changes to the Albert Lea High School student handbook will go into effect this year under the leadership of a new principal.

These changes were discussed at the school board meeting Monday with Mark Grossklaus, the new high school principal.

The first change Grossklaus mentioned was regarding the high school attendance policy. Striving to create open lines of communication between the school and parents, Grossklaus said that on the fifth and 10th absences parents will be sent notifications. 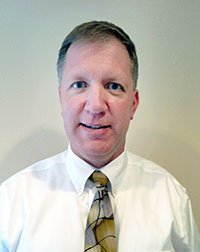 Under the new policy, 10 unexcused absences are allowed per semester per student before credit is lost.

Keeping with the open channels of communication, Grossklaus also mentioned that the school would be more flexible with detention, not just for those who get detention for unexcused absences but for other reasons.

Grossklaus said it was discussed to possibly have after school detention on Tuesdays and Thursdays and some detention on Saturday, as well as the idea of community service in lieu of detention. He also said that communication would extend to the student to figure out what caused the detention-causing behavior.

The second change Grossklaus discussed was students bringing their own electronic devices to Albert Lea High School. Instead of making students put away their phones and tablets, Grosskalus said he was interested in harnessing that and using it as a teaching experience.

Students would be taught when it is appropriate to use cell phones and when it isn’t, and the concept of digital citizenship would be explored. Common locker space, hallways and the cafeteria will all be device-friendly areas.

One major positive to this change that Grossklaus brought up was immediacy. If students were allowed to use their phones in class in an educational capacity, they could look things up on their phones instead of waiting to go home to do so.

Some board members were concerned about students keeping focus, but Grossklaus said that teaching students and teachers how to deal with that will help. He explained that a teacher should discuss that issue, if it happens, with a student off to the side during work time instead of calling the student out in front of his or her class.

• Approved a motion to sell Qualified Zone Academy Bonds for the Lakeview HVAC upgrade through McLiney and Company investment banking out of Kansas City. This sale will save taxpayers nearly $650,000.

• Discussed a recent superintendent evaluation, which looked at the communication and leadership skills of Mike Funk, superintendent of Albert Lea schools. Feedback from the evaluation said that Funk is a strong leader focusing on goals and that he listens to the community. District administration thinks he is doing an excellent job.

• Listened to a report by Chris Chalmers, director of community education, who gave a Title IX report which stated that for the most part, things are going well in Albert Lea. Chalmers brought up that the dance team, which is growing quickly and is at the varsity level, didn’t have a regulation-size gym to practice in. However, after some collaboration with the basketball team, the dance team will now practice at Southwest Middle School gym from 3 to 5:30 p.m.

Chalmers also mentioned that the varsity softball game field isn’t up to the same par as the baseball field.

• Looked at a new bullying policy by the MSBA. This policy includes things that aren’t required by law to be in bullying policies, and Funk said that they are still working on tweaking some language so the policy isn’t too expansive.

Funk stressed that the district is in the midst of drafting policies to find one that works best for the district. The district currently does have a bullying policy, but it will most likely be displaced by a new one once it is agreed upon.

• Heard an energy report by Steve Lund, energy manager at the district office. The district has employed an employee-based energy conservation program for the past 10 years and has saved $2.8 million, Lund said. All buildings in the district are Energy Star certified.

• Approved changing the Sept. 8 workshop to a special school board meeting to discuss superintendent contracts through an ad hoc committee.