Funeral services for Robert Paul Anderson will be at 10:30 a.m. Wednesday at East Freeborn Lutheran Church in rural Albert Lea. The Rev. Matt Griggs will officiate. Visitation will be at Bonnerup Funeral Service from 4 to 6 p.m. Tuesday and one hour prior to the service at the church. Interment will be at East Freeborn Cemetery. 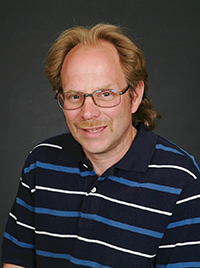 Bob died in his home Sunday, Aug. 24, 2014, after a courageous year long battle with cancer.

Bob was born Aug. 3, 1963, in Albert Lea to Paul and Beverly (Kjos) Anderson. He married Karen Peterson in 1984. To this marriage they were blessed with three children. He graduated from Austin Technical College, in farm diesel mechanics, in 1985. Bob was a hard-working man who enjoyed each day fully from sunrise to sunset. Bob spent most of his working career at ER Carpenter Co. and Edwards Manufacturing. Bob was always ready to lend a hand and help with any fix-it or farm project.

Bob was preceded in death by his grandparents Lena and Grant Kjos and Ernest and Viola Anderson; mother, Beverly Anderson; sister, Elaine Anderson; and brother, Ronald Anderson, in infancy.

Memorials may be made to East Freeborn Lutheran Cemetery for their cemetery seating area project or donor’s choice.