Rodney Elvebak, 75, of Kiester, died Thursday, August 14, 2014, at his home. Funeral Services will be held Tuesday at 10:30 a.m., at Trinity Lutheran Church in rural Kiester. Visitation will be Monday from 4 to 7 p.m., at Bruss-Heitner Funeral Home in Wells, and will continue one hour prior to the service at the church. Pastor Katie Pals will officiate, and burial will be in the Trinity Lutheran Cemetery, Eden Township, Winnebago County, Iowa. Please see www.brussheitner.com to leave online condolences. Bruss-Heitner Funeral Home of Wells is in charge of arrangements. 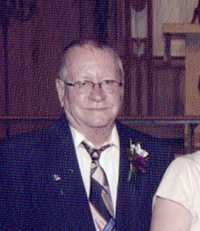 Rodney Dale Elvebak was born June 9, 1939, in Eden Township, Winnebago County, Iowa, the son of Leonard and Edith (Flugum) Elvebak. He attended grade school at Eden School, and then went on to Kiester High School, where he graduated in 1957. Rodney owned and operated Rod’s 66 in Kiester with his brother Larry for many years. He then worked at Fleetguard in Lake Mills until his retirement at age 70 in 2009.

Rodney enjoyed traveling, fast cars, demolition derbies, lutefisk and good times with friends. He especially enjoyed NASCAR, and was a big fan of Bill Elliot. Rodney will be sadly missed by his family and many friends.

He was preceded in death by his parents; son Ron Elvebak and son-in-law, Gordy Meyer.