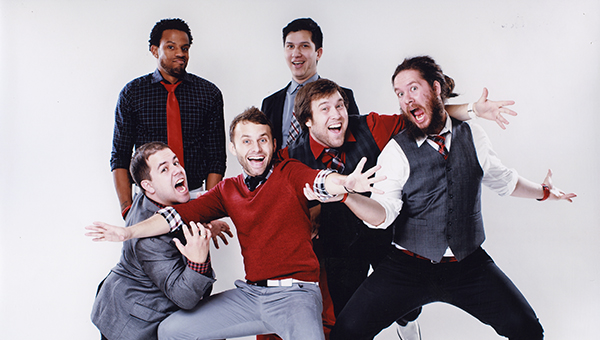 A series of class acts

The campaign drive for the 2014-15 Albert Lea Civic Music Series kicked off Thursday and will run through Aug. 29.

This year’s concert series features five concerts in Albert Lea plus the opportunity to attend four in Clear Lake.

Concerts in Albert Lea include a Broadway Theater vocalist and vibraphone virtuoso, a Russian cello and violin quartet, a trio of sisters, a wind quintet from Slovakia and an award-winning men’s a Capella group.

Sue Jorgensen, publicity chairwoman for Albert Lea Civic Music, said the concerts can appeal to both young and old and will feature groups that are personable.

“They are wonderful programs,” Jorgensen said. “They are class acts.”

Admission is by season ticket only. Costs are the same as previous years with season tickets $85 per family, $40 for adults and $10 for students.

Kuba, born in Poland, has played music instruments since he was 6. Though his primary instrument is the vibraphone, he also plays drums, guitar, violin and the theremin. He provides accompaniment for his wife.

Lowe was born and raised in Texas and will sing.

Formed by two members of the Rastrelli Cello Quartet, Russian Quattro features two cellos and two violins, producing a sound like a string quartet. The ensemble will perform a varied program, mixing works by Tchaikovsky, Bach and Dvorak with that of George Gershwin, Dave Brubec and Glenn Miller.

Of Korean descent, all three sisters have degrees from the University of Toronto, the New England Conservatory, Juilliard School and the Yale School of Music. The trio includes violin, cello and piano.

Taking its name from Slovakian composer Eugen Suchon, the Suchon Wind Quintet is made up of leading wind players of the Slovak Sinfonietta and is made up of flute, oboe, clarinet, bassoon and French horn.

The quintet plays a classic program by composers such as Poulenc, Mozart, Beethoven and Thuille.

Starting with a strong choral background and classical roots, they have since expanded their repertoire to the music of today, including original arrangements of hit songs.

Their latest success was at the 2012 National Harmony Sweepstakes, where they took home the awards for Audience Favorite, Best Original Song and National Champion.

The concerts in Clear Lake are all at the E.B. Stillman Auditorium and include the following:

People can join in for the season by purchasing season tickets from a Civic Music board member or advocate who will be out selling them or they can mail their checks to Albert Lea Civic Music, P.O. Box 167, Albert Lea MN 56007. Tickets are also available at the Albert Lea Convention and Visitors Bureau, 102 W. Clark St.

The organization can be found online at www.AlbertLeaCivicMusic.com. 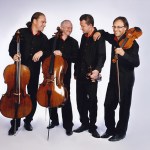 The Russian Quattro features two violins and two cellos, but makes a sound like a string quartet despite the lack of a viola. – Provided 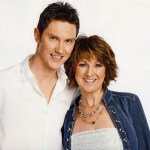 Rebecca & Kuba, a husband and wife duo, come from very different backgrounds but come together to perform a dynamic show. – Provided 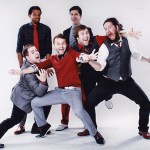 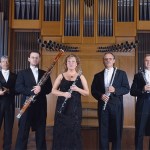 The Suchon Wind Quintet is made up of leading musicians from the Slovak Sinfonietta, featuring a flute, oboe, clarinet, bassoon and French horn. – Provided 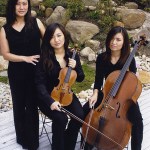