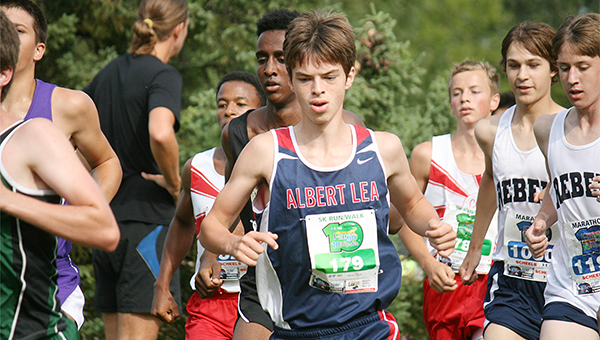 Caleb Troe of Albert Lea runs Friday at the St. Olaf High School Showcase in Northfield. In a race with 674 participants, Troe was one of three Tigers to finish in the top 100. — Bryce Gaudian/For the Albert Lea Tribune

The Albert Lea boys’ and girls’ cross country teams competed with over 50 squads Friday at the St. Olaf Showcase in Northfield. 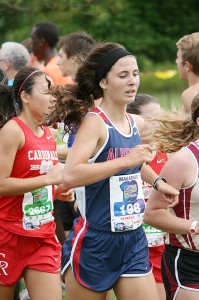 “I am so proud of these kids because of their hard work and determination, as they ran against some of the top competition in the state,” said Albert Lea coach Jim Haney.

“This was the biggest meet of the season by volumes of runners, and to have my top runners in the top fourth of the race I am so proud of what they have been able to accomplish.”

Haney said Himmerich is taking a leadership role and had an impressive summer of training. He also noted that Muilenburg’s shoe was pulled off by another runner in the first 400 meters of the race, and she ran the next 2.4 miles with only one shoe.

“What great heart and character she demonstrated,” he said.

Next, Albert Lea will compete at 4 p.m. Friday at Faribault.