A celebration of life service for Troy Boelman will be at 10 a.m. Saturday at Assembly of God Church in Albert Lea with the Rev. Lee Freshour officiating. Visitation will be one hour prior to the service at church. Bonnerup Funeral Service is handling the arrangements. 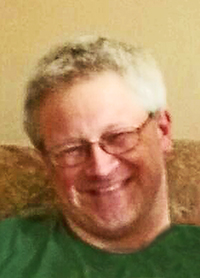 Troy Larry Boelman passed away peacefully at his home on July 29, 2014. He was born Jan. 26, 1968, to Larry and Gloria Boelman in Sioux Falls, S.D. He grew up on their farm and attended Luverne schools, graduating in 1986. Troy moved to Austin and attended auto body school at Austin Vocational College and met his wife, Tammy. They were united in marriage May 6, 1989.

He worked a variety of jobs to support his growing family including working as a welder at Heat & Glo. Troy and Tammy’s children were born as follows: Jacob, 1992; Matthew, 1994; Allison, 2001; and Abigail, 2005. Troy went back to trade school and joined the sheet metal union as a tinner and worked at Himec. He did that until he was diagnosed with pancreatic cancer in 2014, making work impossible. Troy was also employed by Hanson’s Harbor in Lake City. He was proud of the living he made with his hands.

Troy loved his family and the Lord, doing whatever was needed to support them. He cared for his wife who also suffers with chronic illness. The “Silver Fox” was loved by many and will always be remembered as a hard worker and loyal friend.

He is preceded in death by his brother, David Boelman.