400 from across country come to learn about permaculture 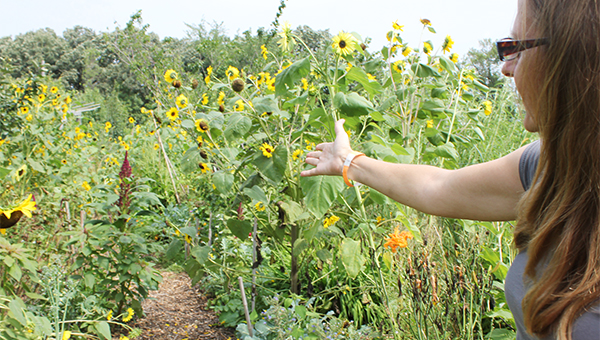 Koreen Brennan, media and marketing coordinator for the North American Permaculture Convergence, shows the permaculture garden built on the grounds of Harmony Park. About 400 people from across the country came to Harmony Park over the weekend to learn about the science. — Sarah Stultz/Albert Lea Tribune

As part of the first-ever North American Permaculture Convergence, participants took part in a series of workshops and projects to learn about the ecological design philosophy of permaculture.

Permaculture is a philosophy of working with, rather than against, nature. 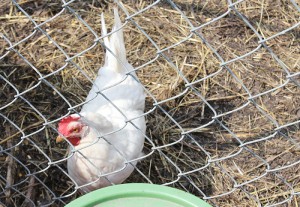 The chickens were right next to the gardens at Harmony Park. Sarah Stultz/Albert Lea Tribune

The philosophy aims to create a societal system that is synergistic with the earth’s natural ecosystems, and it focuses on producing an ecologically-sound and regenerative system that can support itself and life indefinitely — whether it be plants, animals or people.

Koreen Brennan, media and marketing coordinator for the event, said she became interested in permaculture in the middle of her career when she met someone who introduced it to her.

“It’s so practical, and it just clicked,” she said. “Of course you’d want to work with nature, not against it.”

She said permaculture can be for everybody, “from hippies to business people and everything in between.”

Brennan, of Tampa, Fla., said Harmony Park employee Bill Busse, who also lives at the park, was instrumental in bringing the event to Freeborn County, and noted Harmony Park was the perfect location to have the convergence because it was centrally located in the continent. 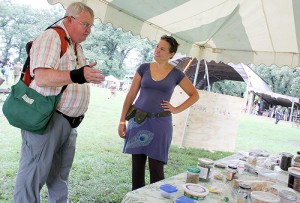 Busse operates what could be described as a permaculture garden on a portion of the park. The garden abuts a chicken coop and includes everything from sunflowers, fruit trees, grape vines, edible landscaping, other perennials and even some annuals.

He said he started planting in the spring of 2009 and has tried to emulate patterns in it from nature. He also tries to think long-term about what it could look like after 20 years.

The garden was available for tours.

Other topics discussed included everything from the climate crisis to practical, sustainable kitchens to permaculture in cold climates.

“Harmony Park is a destination for all kinds of events,” Busse said. “We have people coming from all over North America to our own backyard.”