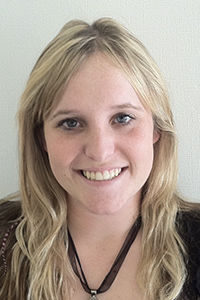 My grandfather was in his 60s when this happened to him, and this is why I walk for Alzheimer’s disease — because it’s too late for a cure for my grandfather and possibly even for me if I do have the gene; however, it’s not too late for other generations. This disease is not going away but only getting worse, along with the cost of caring for someone is rising.   This disease is not only difficult on the person but difficult on everyone and anyone involved with someone with Alzheimer’s disease. This disease steals the mind of talented people and leaves their bodies to decay.

More than 100,000 Minnesotans are living with this disease or a related dementia. Alzheimer’s disease is the most under-recognized public health crisis of the 21st century.

Every 67 seconds someone in the United States develops Alzheimer’s. Alzheimer’s is the sixth leading cause of death in the United States and currently has no cure. Did you know someone as young as 25 has been diagnosed with this disease? Can you imagine how your life will change at 25 if you have Alzheimer’s? There are 200,000 people younger than age 65 with it. It’s called younger-onset Alzheimer’s. In 2013 15.5 million caregivers provided an estimated 17.7 billion hours of unpaid care valued at more than $220 billion. Now who can honestly afford that?

In 2013, 15.5 million family and friends provided 17.7 billion hours of unpaid care to those with Alzheimer’s and other dementias — care valued at $220.2 billion — which is nearly eight times the total revenue of McDonald’s in 2012. Due to the physical and emotional burden of caregiving, Alzheimer’s and dementia caregivers had $9.3 billion in additional health care costs of their own in 2013. If you ask anyone who has cared for someone with this disease they will tell you that the emotional stress of a caregiver is high or very high. Can you imagine telling someone you love they can no longer drive or they aren’t allowed to use the stove but then the person uses the stove and accidently starts a fire? It’s very difficult and stressful.

By 2050, the number of people 65 and older with Alzheimer’s disease may nearly triple, from 5 million to as many as 16 million, barring the development of medical breakthroughs to prevent, slow or stop the disease. More than 500,000 seniors die each year because they have Alzheimer’s. If Alzheimer’s was eliminated, half a million lives would be saved a year.

Alzheimer’s disease has no survivors. It destroys brain cells and causes memory changes, erratic behaviors and loss of body functions. It slowly and painfully takes away a person’s identity, ability to connect with others, think, eat, talk, walk and find his or her way home. At this time, there is no treatment to cure, delay or stop the progression of Alzheimer’s disease. FDA-approved drugs temporarily slow worsening of symptoms for about six to 12 months, on average, for about half of the individuals who take them.

I walk to end Alzheimer’s because I believe we can make a difference. After all, there is strength in numbers. I participated in my first walk three years ago in Mankato, and it was an amazing experience. It was breathtaking to see the hundreds of people this disease truly affects. It affects families, caregivers, friends and many others, as well. Because of that, I encourage everyone who reads this or has experience with this disease to participate in a Walk to End Alzheimer’s this year.

If you are interested in donating my family will be raising money for the Alzheimer’s Memory Walk in Owatonna on Oct. 4. Donations can be dropped off at the United Way of Freeborn County, 341 S. Broadway, in the US Bank building.

On Sept. 10, my family will serve the meal at the Albert Lea Farmers Market. All funds raised will go toward the Alzheimer’s Memory Walk in memory of my grandfather Wayne Weiss.

Amanda Irvine is the marketing and communications specialist for the United Way of Freeborn County. Facts and figures came from the Alzheimer’s Association of Minnesota.