On Monday, Sept. 8, 2014, Barbara Irene Opdahl, 75, passed from this world of physical challenges to her glorious eternal home.

Barbara was born in Albert Lea on Nov. 25, 1938, to Marvin “Tim” and Irene (Reim) Ramsdell. She grew up in Alden and graduated from Alden High School in 1956. In 1957 and 1958 she attended Hamilton School of Business. She married her childhood sweetheart, Harlan Opdahl, on Jan. 17, 1959. A vacation trip west with Harlan resulted in their move to Idaho in 1965. 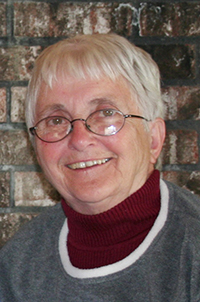 Barbara worked at Pierce schools from 1966 to 1971, and then she went to work for the United States Post Office from 1971 to 1988. Along the way, Barb, Harlan, Harlan’s brother, Duane, and wife, Vi, partnered up to form Triple O Outfitters. Barb was chief cook and ultimate hostess for bear and elk hunters and Lewis and Clark Trail riders. Her sourdough pancakes, huckleberry desserts and camp potatoes were legendary. Her enthusiasm for the outdoor life was contagious, as was her smile.

Barbara was an active community member. She served on the Pierce Library board, was a 4-H leader, a member of the Idaho Outfitters and Guides Association, Gem Community board member, Clearwater Basin Collaborative member, Potlatch Advisory Committee and served on the Idaho Travel Council. Barbara was a founding member of Faith Lutheran Church and served in various capacities, including teacher and council member.

Barbara personified the spirit of hospitality. She loved to camp, hunt, snowmobile and embroider. She also loved to cook. Family and friends were always welcome at the Opdahl home, especially around meal time. The entire time her children attended school, each teacher enjoyed a pan of her cinnamon rolls at Christmas. They were so well-loved that she continued the tradition for staff even after the youngest graduated. Barbara never missed an opportunity to make new friends. Her faith and devotion to God were the center of her life.

Rod McKuen once said that strangers are friends you haven’t met yet. Barbara lived that philosophy every day. Her group of friends continued to grow until the day of her passing.

A memorial and celebration of Barbara’s life will be at 10 a.m. Friday at Faith Lutheran Church, 611 S. Main St. in Pierce, Idaho. Inurnment will be at Pierce Cemetery after the memorial service, followed by a potluck luncheon at Pierce Community Center. Arrangements are under the direction of Shaffer-Jensen Memory Chapel, Payette. Condolences may be made to Barbara’s family at www.shaffer-jensenchapel.com.