Trisha Biesterfeld and Robert Iverson, both of Clarks Grove, were married at 4 p.m. May 31, 2014, at Central Freeborn Lutheran Church in a double ring ceremony. A reception followed at America’s Best Value Inn. 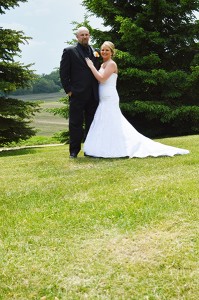 The groom is the son of Nancy and Gary Iverson. He is the grandson of the late Euletha Lane of Fresno, Calif., the late C.D. Piearcy of Lemoore, Calif., and Harriett and Kenneth Iverson of Austin.

The bride is a 2002 graduate of Albert Lea High School and is a nurse in urgent care at Mayo Clinic Health System of Albert Lea.

The groom is employed by Lou-Rich in Albert Lea.

The ringbearer was Dylan Bakkedahl, cousin of the bride.

The organist was Irene Goskeson.