Bolshoi ballet to beam from Moscow to Albert Lea 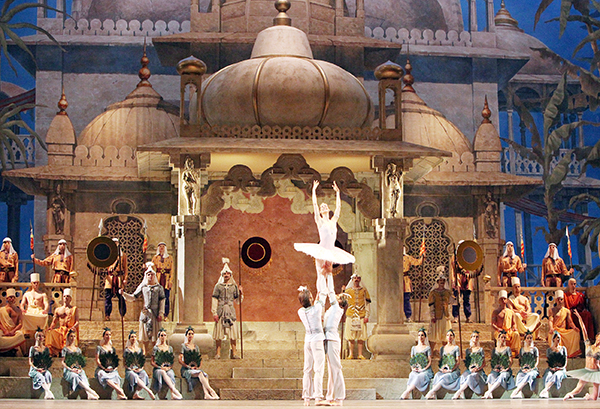 The stage is full of dancers during a performance of “La Bayadere,” with Maria Alexandrova, center, as Gamzatti. Alexandrova has played the part of Gamzatti many times, in 2000, 2007 and 2013 to name a few. – Provided

Russian productions to be shown in high-def

Albert Lea is getting a taste of the Russian ballet this fall and winter with high-definition screenings of seven Bolshoi Ballet performances.

These ballets will be shown starting in November at the Marion Ross Performing Arts Center thanks to Albert Lea Community Theater. ACT also shows the Metropolitan Opera and National Theatre Live in the same vein. The Met Opera performances are done in conjunction with Albert Lea Civic Music. 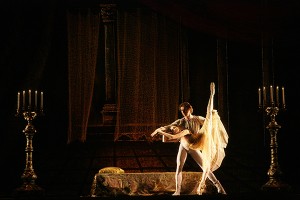 New York-based firm By Experience offers all three high-definition productions. This is the first time By Experience has offered ballet to a wider American audience, according to Crystal Schatz, a member of ACT’s board of directors and coordinator of the HD event showings.

The ballets are unedited, Schatz said, which contributes to the live feel of the productions. The files are either sent by computer or transmitted over satellite.

At the theater there are two receivers and two hard drives to show the productions. In case one of the files goes bad during showing, Schatz can switch to the other receiver.

Schatz said that there is only really a scare of the transmitting going sour when shows are sent via satellite. Things like solar flares and high wind can affect the signal, just like satellite dishes at home for television. 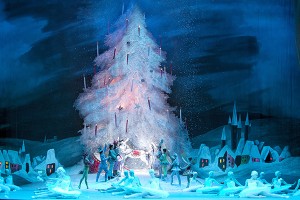 The Bolshoi Ballet has performed “The Nutcracker” many times, as it is a classic ballet. – Provided

And while it might seem like a movie, these productions won’t be available on DVD after the show is over. Each ballet will only be shown once.

The Bolshoi Ballet — as well as the Metropolitan Opera and National Theatre Live — are a good way to get cultural experience locally, since this kind of exposure isn’t available in other cities, she said.

“It’s just another way for us at the theater to present some different arts and culture to the city.”

Lang said for those interested in ballet, this is the time to see it, and he is excited that the ballet can be added to the opera and the plays.

Schatz said she hopes a lot of people come to the shows to see what they’re all about, and she hopes to contact some dance studios in the upcoming months to let them know that the ballet will be shown.

Tickets are $20 for adults and $12 for students, just like ticket prices for the Metropolitan Opera and National Theatre Live. All shows begin at 5 p.m.