Freeborn County officials are asking for nominations for a new award aimed at honoring advocates for victims. 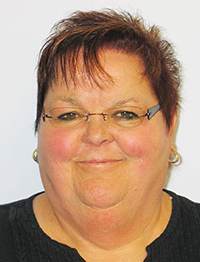 In addition to the county level, Olmsted provided service around the state and nation for victims of child abuse, sexual assault, crime, domestic violence and their loved ones. She oversaw the Domestic

Abuse Prevention Program and was known for advocating resiliency after natural and manmade disasters through the Freeborn County Crisis Response Team. The Crisis Response Team is trained to support people affected by hurricanes, tornadoes, fires, floods, vehicle crashes and shootings, to name a few.

Olmsted’s last year working for Freeborn County was in 2011 after county officials did not renew her employment following the state government shutdown. The idea for the award came about as part of a settlement from a lawsuit that Olmsted had against the county.

A news release about the award stated nominees should be Freeborn County professionals or volunteers whose advocacy exemplifies service to others.

They should possess values of service, social justice, dignity, integrity and competence. They also must understand the importance of human relationships, the release stated.

Nomination forms can be picked up at the Freeborn County Administration office, 411 S. Broadway, or can be found online at www.co.freeborn.mn.us.