Daniel Lee Hatten, 65, of Brownsdale died Tuesday, Sept. 16, 2014, after a long battle against cancer. Dan was known by his friends and family to be an eternal optimist, in the midst of his pain and even up to the very end. Known as a hard worker by all, his hands were never idle. He enjoyed woodworking, hunting and being with his family. 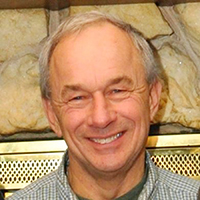 Dan was born April 11, 1949, in Austin to parents Arnold and Walburga Hatten.

He was preceded in death by his parents Arnie and Burg; sisters Janet and Georgia; and brother, Gene.

He is survived by brothers Phil, Dave, Joe and Don; and sisters Alice Jensen, Barb Mensink and Margie Sprick. Also by his children Michael and wife, Stacy, Amanda and husband, Derek, Brandon and wife, Mandy, Danielle and Matthew. He was blessed to be surrounded by 10 grandchildren and will be missed by all.

A memorial service will be at 10 a.m. Tuesday at New Life Christian Church in Albert Lea.