MINNEAPOLIS — A majority of Minnesotans surveyed about child abuse allegations against Adrian Peterson show they disapprove of the way he disciplined his son. 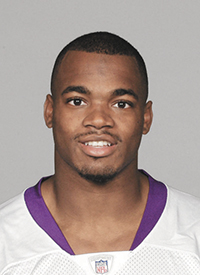 A new Star Tribune Minnesota Poll released Sunday  shows that 57 percent of Minnesota adults surveyed described Peterson’s actions as “abusive.” Nearly two-thirds said Peterson should be released from the Vikings or remain benched until his legal issues are resolved in a Texas court.

Peterson has been charged with reckless or negligent injury to his child after he used a wooden switch to spank the boy in May. He has said he meant only to discipline the boy and not hurt him, but the boy had visible injuries. According to court documents, Peterson also told investigators in Texas that he used a belt to spank his son.

He will not play for the Vikings until the case is resolved.

The poll of 500 Minnesotans was taken from Sept. 22 through Sept. 24 on land and cellphones. It has a margin of sampling error of plus or minus 4.5 percentage points.

The indictment against Peterson has stirred debate on corporal punishment and about what constitutes child abuse. Many Minnesotans surveyed said parents have the right to use physical force with their own children, but they criticized Peterson’s actions as excessive.

One third of adult Minnesotans surveyed say parents have a right to use physical punishment to discipline their children. More than 40 percent of men polled said they support the practice, while fewer than one in four women do.

“I believe a parent’s got a right to spank a child, but there’s a world of difference between a spanking and a beating,” said Connie Cross, 53, a poll respondent from Hibbing. “What Peterson gave that poor little boy was a beating and I hope he never again plays in the NFL.”

“I really hope the publicity around the Peterson case sends a message to parents to think twice before they hit their kids,” said Jeff Vanleuven, 44, a poll respondent from West St. Paul who recalls being whipped with a belt as a child. “Hopefully, people will talk about this in the places where it needs to be talked about — like at the state Capitol.”

The survey found that younger Minnesotans are more inclined to support physical discipline than their older counterparts. About 42 percent of respondents aged 18-34 support corporal punishment, compared with 26 percent of those aged 65 or older, the poll found.