Robert E. Tasker, 86, of Austin, formerly of Albert Lea, died Monday, Sept. 22, 2014, at Mayo Clinic Health System of Austin. He was born June 26, 1928, in Albert Lea to Lote and Lillian (Volk) Tasker. He grew up in Albert Lea and attended country school.  Robert served his country in the United States Marine Corps during World War II. On Aug. 9, 1947, he was united in marriage to Betty Haines at her family home in Glenville. The couple lived and raised their family in Albert Lea. Robert was a long-time employee of Wilson & Co. and Farmstead, retiring after more than 50 years of service. He most enjoyed spending time with his grandchildren. 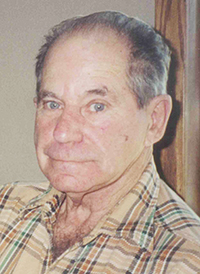 A memorial gathering will be from 1 to 3 p.m. Saturday at Pioneer Park in Albert Lea.  Interment of Robert’s ashes will be on the family farm at a later date. Worlein Funeral Home of Austin is assisting the family with local arrangements. Condolences may be expressed to the family online at www.worlein.com.