Second-largest Albert Lea park has a multitude of uses 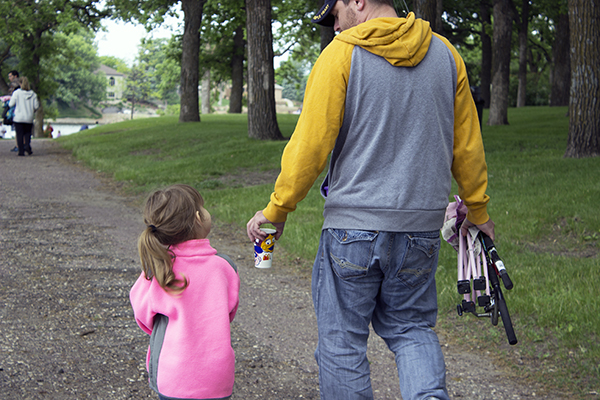 Counting public shorelines, Albert Lea has about 45 parks, and of all the parks in the system, Edgewater Park no doubt has the widest variety of uses.

The 62.6-acre park is the second largest in the system. The well-groomed park on the north side of Edgewater Bay has mature trees, open spaces, an open pavilion, an all-season pavilion, a three-season cottage, a band shell, two playgrounds, a fishing pier, four parking lots, a baseball/softball field with a backstop, a shoreline area suited for ski shows, horseshoe pits and some of the best views of the water for picnicking.

It places at No. 15 in the Tribune’s countdown of favorite places of Albert Leans.

Albert Leans owe a debt of gratitude for the southern portion of this jewel of a park to Bert Skinner, who owned and operated a department store in downtown Albert Lea called Skinner, Chamberlain & Co.

In 1914, Skinner learned land northwest of the city was for sale. He bought 70 acres, and a dozen years later part of the land became the southern portion of Edgewater Park. Another portion became the Albert Lea Country Club, which in 2006 was sold to a residential developer who shut down the course to build homes but fell into legal troubles with his contractors and never finished the project. The back nine of country club now is owned by St. John’s Lutheran Home and the front nine by the Shell Rock River Watershed District.

The northern part of Edgewater Park has been many things. It originally was a sand and gravel quarry for the Minneapolis & St. Louis Railroad. By the 1930s, it was a railroad salvage yard for scrap metal. In 1939, the Albert Lea Rifle & Pistol Club began target shooting at a grassy area near the salvage yard. After World War II, this had developed into a shooting range, complete with a clubhouse. It was destroyed by a grass fire in 1951.

The pit became a city dump starting 1956. It was covered and became a park in the early 1970s. In 2009, thanks to state funds, the city removed the landfill and cleaned the park. An all-season pavilion, named Edgewater Bay Pavilion, and an adjacent playground were dedicated in 2011. The new, 3,300-square-foot pavilion features a fireplace, chandeliers, a kitchenette, tables, chairs, restrooms and has been popular for weddings, banquets and other gatherings. The Big Freeze, a celebration of winter activities, is held there every February in recent years. Gov. Mark Dayton held a ceremonial bill signing there in June.

This year and in the past three years, volunteers labored to save Edgewater Cottage, a former farmhouse with a deck added in 1975 facing the lake. The city had plans to tear it down, but the outpouring of support showed how Albert Leans cherish the structure.

Crowds gather on Thursday evenings in the summer months to watch the Bayside Ski Team holds ski shows. A ramp sits in Edgewater Bay as part of the show, and the shore is constructed to make getting in and out of the water convenient.

Of course, the Fountain Lake Sportsmen’s Club holds Take a Kid Fishing the first Saturday in June at the fishing pier, which always brings out families.