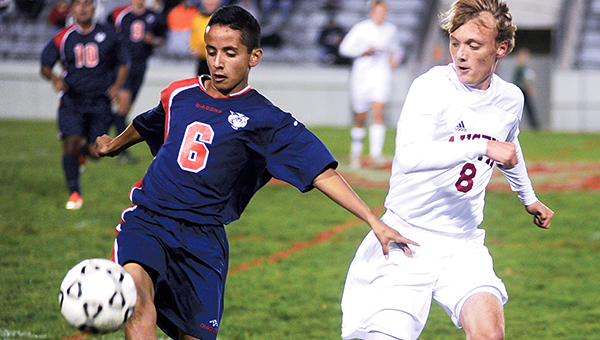 Albert Lea’s Jesus Garcia-Gonzalez attempts to get the ball past Austin’s Nate Brinkman during the first half Tuesday night at Art Hass Stadium. Austin won 3-1. According to Albert Lea coach Joe Squires, the Tigers scored within the first minute of the game and led 1-0 at halftime, but Austin scored three unanswered goals in the second half. — Eric Johnson/Albert Lea Tribune