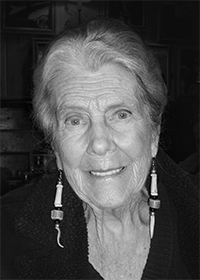 Beverly’s family lived in a rural area just south of Albert Lea where she enjoyed skating, swimming, fishing and playing in the woods by the lake. She attended a one-room schoolhouse and was active in the Seventh-day Adventist Church.

She had passion for horses, learned from her father, who trained, raced and raised pacer harness horses. She spent many hours at the horse barn caring for and riding horses. Her favorite was her white mare, Vanilla.

Just after World War II, she took a trip to Mexico with her parents and that adventure started her life-long interest in Mexico, Spanish culture, Southwestern art and interior design.

In 1954, Beverly married John C. Nolander, a World War II Army Air Corps veteran, in Albert Lea. John and his brother, Don, had a rural bulk oil distribution company, Nolander Oil in Conger. Beverly and John had many great friends in Albert Lea and their home on Fountain Lake became a gathering place for summer picnics, Fourth of July celebrations and various community meetings. Beverly continued her commitment to art-oriented projects: she was involved in the startup of the Albert Lea Art Center and the Summer Art Festival. She designed posters, worked on costumes, and acted in the Albert Lea Community Theater. Beverly and John had 2 children: John, Jr., and Jason Nolander. 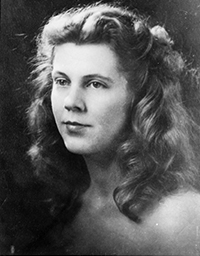 In 1970, Beverly became the interior designer for Floorcrafters in Albert Lea. Success there inspired her to open an interior decorating business, Design Studio East, which she and her husband, John, operated together.

She loved to travel and enjoyed many trips in her Avion trailer to the beaches and mountains of Sonora, Mexico.

In 1996, Bev began to spend summers in Cody, Wyo., with her daughter, Kimber. There, she was very active volunteering and greeting at the Buffalo Bill Historical Center. She’d don her best Western outfit, brightly colored cowboy boots and welcome visitors with a great smile and a big, “Howdy partner!”

In April 2007, as age and memory issues progressed, Beverly moved from Green Valley, Ariz., to Cody and had several good years at Absaroka Assisted Living. She moved into the West Park Hospital Long Term Care center in August 2010.

She was her own person — with her unique style, marvelous dangly earrings, and multiple areas of interest. Anyone who met her knew she was passionate about the arts and the West. Beverly was never one to follow the crowd — she made and followed her own trail.

A memorial service will be held 1 p.m. on Nov. 4 at Bonnerup Funeral Home. Following the memorial service and fellowship, interment will take place at Graceland Cemetery. Memorials may be sent, in Beverly’s name, to the Humane Society of Freeborn County.