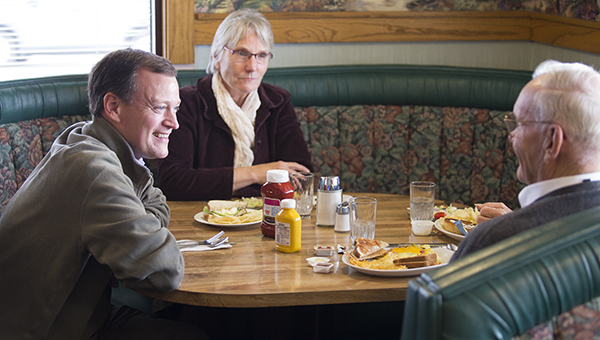 Republican governor candidate Jeff Johnson talks with diners Sunday during a campaign stop at The Trumble’s restaurant. He told the room he feels Greater Minnesota has been an afterthought at the Legislature for too long. – Colleen Harrison/Albert Lea Tribune

Republican gubernatorial candidate Jeff Johnson told the lunch crowd Sunday at The Trumble’s restaurant he is focused on three things: jobs, K-12 education and measuring the effectiveness of government programs. 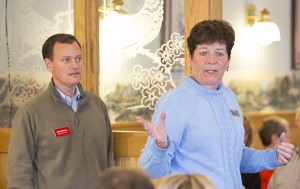 The Hennepin County commissioner, who is challenging DFL incumbent Mark Dayton this fall, spoke before a packed restaurant. Some were there to hear the candidate and some happened to be at The Trumble’s for an after-church meal.

Johnson said he grew up in northwestern Minnesota and has lived in the Twin Cities for 20 years.

“It’s been hard for me to watch as Greater Minnesota has become an afterthought at the Legislature,” Johnson said.

He pointed to funding mechanisms for public education and local government aid as well as priorities set with regard to transportation as examples of disparities.

With Johnson was Republican candidate for the House District 27A seat Peggy Bennett, a teacher at Sibley Elementary School. She said she has come to know Johnson and feels he would make a good governor. 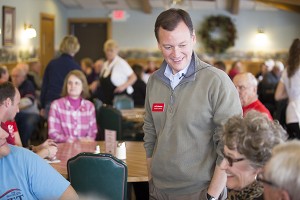 Johnson didn’t speak long and spent most of the time visiting with diners. One was former state Rep. and Sen. Paul Overgaard, who represented Freeborn and Waseca counties ending in 1972.

They compared the changes over the years, such as outside campaign spending.

The candidates toured Good Samaritan Society of Albert Lea and spoke with Administrator Katie Davis about long-term care. Johnson said if elected he would be an advocate for long-term care, noting that government should take care of those who are least able to take care of themselves.

Bennett said it seems the state has treated long-term care like patchwork, rather than addressing it as a priority.

Davis said it costs $204 a day on average in Minnesota to care for a resident, counting diet, nursing, care, building and other expenses. Meanwhile, the state provides $169, leaving a $34 shortfall that adds up. Davis said improvements Johnson witnessed at the facility were possible through donations. She said Good Samaritan Society presently is seeking funds for a bus. 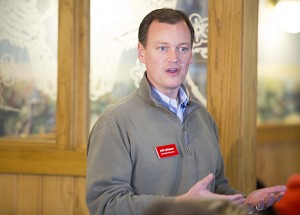 Davis said Minnesota and North Dakota are unlike all the other states in that nursing home providers cannot set rates. Facilities in other states can make up the gap through rate increases.

The candidates learned how Good Samaritan uses the household model for care, where a certified nursing assistant handles nursing care, household needs and activities for the same people, rather than a variety of staff coming through for each task.

Davis said the staff typically likes it and it creates a connection between the staff member and the resident.

Johnson watched a few minutes of the Minnesota Vikings game with resident Don Worke. They saw the field goal the Vikings kicker made at the end of the first half together.

In taking questions from the media, Johnson said he has enjoyed seeing the interest in the governor race increase in recent weeks.

Johnson visited Becker Hi-Way Frate after Good Samaritan Society to hear how the trucking business is struggling with the Affordable Care Act mandates. Johnson was in Faribault before arriving in Albert Lea and headed to Waseca after.