Kendall Langseth believes communication is key for the Albert Lea school board — and lacking in communication does the community a disservice. 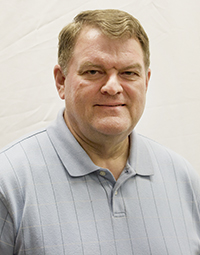 Langseth, 60, is an Albert Lea resident and is self-employed and works as a consultant for livestock operations for permitting. He is running for one of the three school board seats.

Langseth and his wife, Marsha, have three sons who went through the Albert Lea Area Schools — his son, Noah, is a math teacher and sons Micah and Levi are engineers.

On the issue of the proposed calendar, Langseth said he has no official stance yet and that he needs more information. He said he’s talked to people in the community who feel a lot of changes have occurred in the district recently and the perception is those changes haven’t taken effect yet.

Langseth said he would be more willing to take an official stance if information can be shown that it will have positive change, though he stressed he isn’t against change if it will benefit students.

He also noted he hasn’t seen any information as to why the achievement levels in Albert Lea are so low. He said the supplemental education provided during two-week breaks will be helpful, but he’s not sure what other positive change the proposed calendar may have.

On the issue of recent changes, Langseth also believes the amount of staff changes in the district recently is developing uncertainty and the changes have potential to affect student achievement.

Langseth said his perception is that human resources in the district isn’t being utilized as well as it it could be, and utilizing human resources could lead to improved interaction between staff.

He said Albert Lea has a very good teaching staff but the high principal turnover doesn’t allow for working relationships between staff to be made, and those relationships are crucial to student achievement.

One change Langseth believes was positive was the grade realignment of the sixth grade to Southwest Middle School and the eighth grade to Albert Lea High School.

Langset said the realignment “made sense” and the top reason it did was to utilize space effectively to reduce overcrowding in the elementary schools.

He also said from an educational standpoint, sixth- and seventh-graders have more in common than seventh- and eighth-graders, as far as development.

The bigger issue, Langseth said, is how eighth- and ninth-graders interact in the high school. He said the physical structure of the high school helps with giving students independence, something he said eighth-graders are starting to need.

On the issue of early childhood education, Langseth said preparing preschoolers is beneficial and the biggest issue is cost. A secondary issue is maximizing parent involvement and he would look at ways to enhance that.

Langseth said communication is key to developing a working relationship between the board and parents, and lacking in communication causes uncertainty and distress.

He said he would open these lines of communications by holding informational meetings or running articles in the newspaper. Langseth said any kind of communication would be beneficial.

He noted parents feel like they’ve been left out of the loop and he wants to make sure people feel involved with the educational process in Albert Lea.

“Our students are part of the community,” he said, and if parents aren’t involved Langseth said the board is doing a community a disservice.