Fingers point in wake of ruckus over ownership 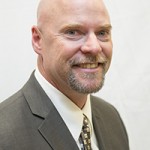 An internal investigation is underway into an allegation of disorderly conduct involving a deputy running for Freeborn County sheriff.

The deputy, Kurt Freitag, said the allegation is untrue and claims Freeborn County Sheriff’s Office detective Marc Johnson is behind the ruckus.

Johnson, when contacted Monday, declined to comment, noting there was still an open investigation.

The investigation, by the Washington County Sheriff’s Office, is looking into whether Freitag engaged in a physical altercation with Albert Lea resident Jim Bronson during an argument about a political sign. The incident reportedly took place Sept. 30 while Freitag was off duty. 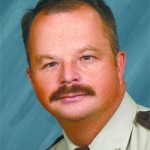 Freitag is running against incumbent Sheriff Bob Kindler in the Nov. 4 general election.

County Administrator John Kluever said Freitag has not been placed on administrative leave and he was unsure how long the investigation would take. No criminal charges against Freitag are expected to be filed.

J.D. Carlson, deputy director of police with the Albert Lea Police Department, said Bronson had political signs for Freitag and Kindler in his yard, but he had painted over the Freitag sign to have a circle with a slash through it.

The argument was about who owned the sign, which was 24 inches by 18 inches, and whether Bronson had a right to alter it. Bronson resides at 819 Freeborn Ave. in Albert Lea, and the sign was in his backyard near the intersection of St. Jacob Avenue and Sheridan Street. 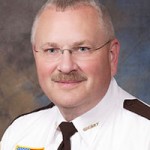 Dispatchers received a 911 call at 6:03 p.m. Sept. 30 from Freitag’s wife, Cheryl, in which she stated she needed an officer at the intersection, according to a copy of the call transcript received by the Tribune.

During the call, Cheryl Freitag, a former police officer in the Twin Cities, said the altercation was not yet physical but it was about to become that way, the transcript states.

What happened after that — but before police arrived — remains unclear.

Freitag said he was holding the sign behind his back with both hands and told Bronson he wanted to leave when Bronson tried to “chest bump” him and knocked the sign to the ground. The deputy said his wife ultimately stood on the sign, but somehow Bronson grabbed it, pulled the wire stand out, crumpled up the sign and then threw it to the ground.

“There was no tussle,” Freitag said. “The only physical altercation we had was him chest bumping me.”

He said Freitag’s sign ended up in his yard without his consent, and on the evening of Sept. 30 he saw Freitag pull up to the back of the house in his pickup.

Bronson said he went outside and claimed Freitag “started chest butting” him, so in response he started pushing him back with his hands. At one point, Freitag tried to pass the sign to his wife, but Bronson grabbed it.

Bronson said after that, Cheryl Freitag “tackled him from the side,” and he fell to the ground. With the sign underneath of him, Cheryl Freitag jumped on top of him and Kurt Freitag began pushing him and trying to get the sign.

After a short time, Kurt Freitag pulled the sign out, which by that time had been ruined.

Carlson said the call was mediated on both sides by officer Todd Demming and detective Ben Mortensen, with no criminal charges resulting. Kurt Freitag reportedly left the scene with his sign.

Bronson said he shared his side of the story with police and questioned why they did not investigate further.

“I don’t think he should be able to get by with it,” he said.

The day after the incident, Bronson said Johnson came to his house in the role of a personnel investigator with the Sheriff’s Office for about an hour after receiving a call from “a concerned citizen” about the altercation. He said Johnson advised him to call the media with his story.

On Oct. 6, Freitag contacted Albert Lea police because Bronson had a second one of his signs in his yard with a similar slash through it. This time, Bronson said a neighbor gave him the sign.

The sign was removed from the yard when Carlson went back to talk with Bronson last Tuesday and Wednesday, and the incident has been forwarded to the city attorney for review.

Now, Bronson has created his own sign, which he painted blue with a white border to match Freitag’s signs. It has a white circle with a slash through it painted in the middle.

Freitag claimed Johnson has been involved with several attacks on his campaign, and he criticized Kindler for not looking into possible personnel violations of his employee Johnson.

Kindler, when contacted about the incident on Friday, stated he was out of town at the time of the alleged altercation and has not been involved with any of the events that followed. His father, Hardin Kindler, died Sunday night.

This is not the first time Bronson has displayed the signs of two opposing candidates for his office like this in his yard. He said he did the same thing in the last sheriff’s race between Mark Harig and Kindler as well as in the mayoral race between Randy Erdman and Mike Murtaugh. In those cases, he said, Harig and Erdman approached him more civilly to ask that their signs be removed from his yard.