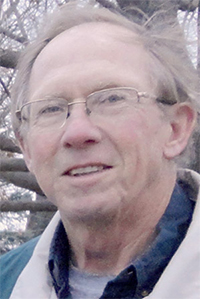 A celebration of Dennis’ life will be 10:30 a.m. Thursday at the Emmanuel Lutheran Church in Grafton, Iowa, with the Rev. Solveig A.H. Zamzow officiating. Visitation will be from 4 to 7 p.m. Wednesday at the Emmanuel Lutheran Church and then one hour before the service on Thursday at the church. Burial will be in Grafton Cemetery, Grafton, Iowa. The family suggests memorials to Hospice of North Iowa or Worth County Beautification Committee.

Dennis was born on the family farm, rural Kensett, the son of Clifford and Caroline (Walk) May. He graduated from St. Ansgar High School in 1965 and then went on and graduated from Mason City Jr. College in 1967. He started farming the farming the family farm in 1969 and has been the steward of the land. He owned and operated May Realty in Grafton and also was a partner of Cousin’s Nursery.

He was always interested in politics and was one of the youngest county Democratic chairman in the state. He served 14 years as a state representative in 1980s, ’90s and early 2000s before retiring from that position to pursue a seat on the Worth County Board of Supervisors. He was elected county supervisor in 2002 and served until his death, including being re-elected this month. He was instrumental in getting the Top of Iowa Welcome Center established, starting the Vision Iowa, Community Action and Tourism (CAT) programs. He also played an important role in securing the Manly Terminal and Diamond Jo Casino. As one of his collages said, “Dennis always sought the common good in every issue.”

He enjoyed going to auctions; garage sales; attending the morning and afternoon coffee groups; the outdoors hiking, backpacking, canoeing fishing, hunting and friendly card games. His greatest joy was spending time with his family, especially with his step-grandchildren, nieces and nephews.

He has been a lifelong member of Emmanuel Lutheran Church, Grafton, where he has served on various committees.