Dorothy will be remembered as a wonderful cook and baker who brought kringla, lefse, cookies or banana bread to every gathering, as well as an expert seamstress, knitter and quilter. She loved bingo, cards and camping. No typical “sweet little old lady,” she had a flair for one-liners and loved a practical joke. Her many grandchildren were her great joy and pride. 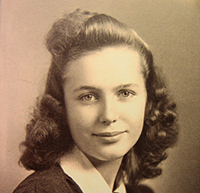 Dorothy was born Sept. 12, 1925, on her family farm in Freeborn County near Wells to William Henry and Josie Mae (Corner) Hass as the second-youngest of 10 children. Dorothy’s father emigrated from Germany at age 8. He died in 1932, leaving Dorothy’s brother, Bill, to run the farm. Dorothy found snapping turtles in the Cobb River by her home, played “house” in the tall ditch grasses with her sisters and did chores on the farm. As a teen, she snuck up to Minneapolis to see Groucho Marx at the Orpheum and was pulled onstage to dance with Groucho!

Dorothy graduated from Freeborn High School in 1942 and married Arnold Anderson. They had three children, Judy, LaMarr and William (Drew). When her marriage ended, she wed Gahard “Gay” Eldeen Anderson on May 4, 1957, becoming stepmother to his daughters Ila and Glenda.Gay adopted her children and they had a daughter, Dea. They settled in Frost and moved to Adams in 1963, becoming members of Little Cedar Lutheran Church. Their acreage southwest of town boasted a huge vegetable garden, raspberry patch and gorgeous flower beds. After Gay’s death Dorothy lived in Northside Apartments in Adams from 1990 to 2007, when she moved to Robbinsdale. 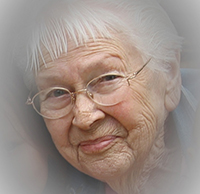 A celebration of life is planned for immediate family Thursday. Friends are welcome to join the family at a graveside service at 1:30 p.m. Saturday at Little Cedar Lutheran Cemetery in Adams. Adams Funeral Home is in charge of arrangements.